Called "the pretty girl" by diarist Samuel Pepys, Moll Davies joined the Restoration-era theater company known as Duke's Company in 1662 as a child performer. She was a celebrated actress known for her dancing and singing. By January 1668 she had became one of King Charles II's mistresses and was kept by him in a house on Suffolk street. That May, Charles' queen walked out of a performance rather than watch Moll dance. Moll retired permanently from the stage, returning only once to sing at court in February 1675. By that time, she had a young daughter named Mary, fathered by the king. Moll herself married the French flautist and composer.

Is Moll your ancestor? Please don't go away!

ask our community of genealogists a question.
Sponsored Search by Ancestry.com
DNA Connections
It may be possible to confirm family relationships with Moll by comparing test results with other carriers of her mitochondrial DNA. However, there are no known mtDNA test-takers in her direct maternal line. It is likely that these autosomal DNA test-takers will share some percentage (beta) of DNA with Moll: 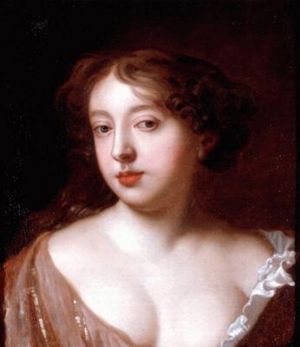