Roy R. DAVIS, 65, a retired railroad worker, died unexpectedly at 1:30 a.m. today at his home 2 1/2 miles west of Fulton. Cause of death was a heart attack. He had been in ill health for 15 months.

Mr. DAVIS had lived at his present residence since coming from Walton in 1951. He retired from the Pennsylvania Railroad Jan. 1, 1960 after 38 years of service. He was a member of the Walton Methodist church.

Services will be at 2 p.m. Friday at the Ditmire chapel in Fulton, with the Rev. Raymond SKELLEN officiating. Burial will be at Buffalo cemetery in Buffalo. Friends may call at the chapel after 7 p.m. tonight.

No more info is currently available for Robert Davis. Can you add to his biography?


Memories: 1
Enter a personal reminiscence or story.
Karen (Davis) Sutton
Loved dancing and talking about the past.WHY DID I NOT LISTEN?

Enjoyed going back to Fentress co. to York Homecoming at Wolf River and showing us kids where he lived and went to school.Roy was a school teacher until Granddad Davis talked him into logging to make more money which up sit his mother. Said he would take a good mule over a horse any time! Worked to much and died to soon! Was a GREAT father! had dark hair until he was ill,then turned white in less than a year. loved playing tricks on people and telling jokes always teasing mother.

posted 3 Mar 2011 by Karen (Davis) Sutton
Login to add a memory.
Is Roy your ancestor? Please don't go away!

ask our community of genealogists a question.
Sponsored Search by Ancestry.com
DNA Connections
It may be possible to confirm family relationships with Roy by comparing test results with other carriers of his Y-chromosome or his mother's mitochondrial DNA. However, there are no known yDNA or mtDNA test-takers in his direct paternal or maternal line. It is likely that these autosomal DNA test-takers will share some percentage of DNA with Roy: 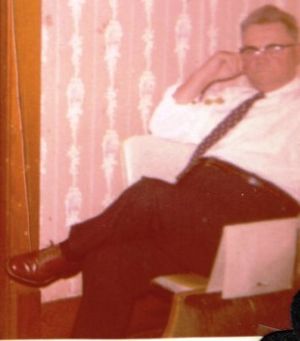 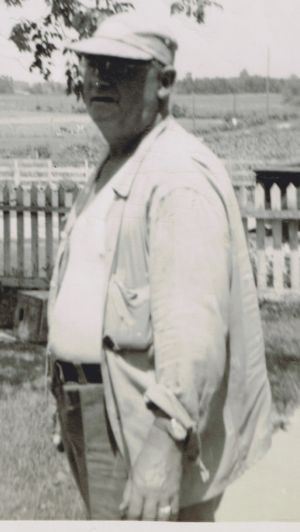 Chris Whitten
I just added to the bio. I did the same thing on my great-grandfather's page. Now they both appear on http://www.wikitree.com/wiki/Category:Railroad_Workers Categorizing people by trades could be a great tool for making connections.
posted Sep 11, 2009 by Chris Whitten

Crystal McCann
Hi David! My name is Crystal - a Supervisor here on the site. I just created http://www.wikitree.com/wiki/Space:Pennsylvania_Railroad, which links to this profile. An important aspect of the WikiTree project (but so far underutilized) is the potential for adding historical context to family history and the unusual collaboration this can spark. By creating general pages with links to individual ancestors we're giving Google something to index. This way, down the road if someone out there searches for "Pennsylvania Railroad" or "Pennsy employees", they have a good chance of ending up here and hopefully participating - and connecting. Crystal
posted Sep 11, 2009 by Crystal McCann