Born in the Confederate White House and named for her mother, Varina Anne was the youngest of the Davis children. She was known for most of her life as "Winnie," a nickname her father had first bestowed on her mother. According to Varina Anne, she was told that "Winnie" was "an Indian name meaning bright, or sunny" (Davis Papers, 8:169).

Winnie received her early education from her mother during the family's postwar travels, and subsequently was enrolled in boarding schools in Karlsruhe, Germany, and in Paris. She inherited her mother's literary interests and later authored a biographical monograph (1888) and two novels (1888, 1895), all published under the name Varina Anne Jefferson Davis.

"The Daughter of the Confederacy," as John B. Gordon anointed her in 1886, lived with her parents at Beauvoir in the 1880s and accompanied her father to numerous public appearances. Beloved by veterans' groups, she became an icon of the Lost Cause.

The adoration became a burden when Winnie fell in love with Alfred C. (Fred) Wilkinson, a Syracuse, New York, attorney whose grandfather had been a leading abolitionist. Public turmoil created by the five-year romance drove Winnie into periods of deep emotional distress. The couple finally received the blessings of both Jefferson and Varina Davis and were briefly engaged in 1890. Although their breakup has always been blamed on the public outcry, recent investigation seems to indicate that it was due more to questions about Wilkinson's financial situation.

Winnie moved to New York City with her mother in 1891 and continued her literary pursuits. She contracted "malarial gastritis" while visiting in Rhode Island and died at age thirty-four. In keeping with her status among ex-Confederates, she was buried with full military honors at Hollywood Cemetery in Richmond, Virginia.

From Wikipedia, the free encyclopedia

Varina Anne "Winnie" Davis (June 27, 1864 – September 18, 1898) was an American author who was most known as the youngest daughter of President Jefferson Davis of the Confederate States of America and Varina (Howell) Davis.
The youngest, she was the only child of the family who was allowed to visit her father in Fort Monroe with her mother during his two years of imprisonment that followed the Civil War.
At the age of thirteen, she was sent to the Misses Friedländers School in Karlsruhe, Germany. She studied for five years in the renowned boarding school, in that time acquiring a slight German accent. Later, she studied in Paris for a short while before returning to the United States.
In 1888, Winnie published her first book, a monograph of Irish revolutionary Robert Emmet entitled An Irish Knight of the 19th Century.
In 1887, Davis developed a more serious relationship with Alfred Wilkinson, a successful New York attorney, whom she met while staying with family friends in Syracuse during the late fall of 1886, and the engagement of the couple was announced in 1889.Jefferson Davis died shortly before the announced wedding date, and mourning custom required postponing the nuptials for a year. During this time, Wilkinson's house burned down. Winnie's mother Varina became opposed to the marriage. Her Southern friends considered the relationship an insult to the Davis legacy. More importantly, her husband had left the widowed Varina in financial difficulties, and she worried that Wilkinson would be unable to support Winnie. This concern was incorrect, but the damage was done. The engagement was ended in October 1890.

From Wikipedia, the free encyclopedia https://en.wikipedia.org/wiki/Varina_Anne_Davis

Is Varina your ancestor? Please don't go away!

ask our community of genealogists a question.
Sponsored Search by Ancestry.com
DNA Connections
It may be possible to confirm family relationships with Varina by comparing test results with other carriers of her ancestors' mitochondrial DNA. However, there are no known mtDNA test-takers in her direct maternal line. It is likely that these autosomal DNA test-takers will share some percentage of DNA with Varina: 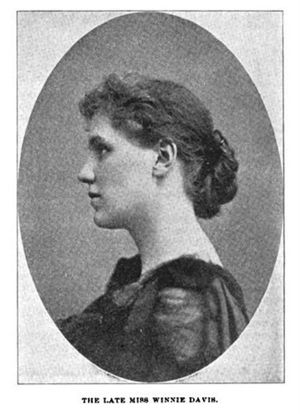 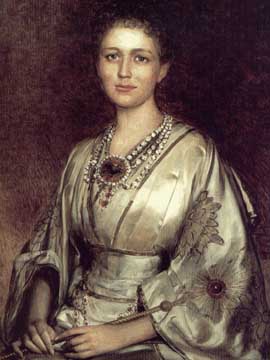 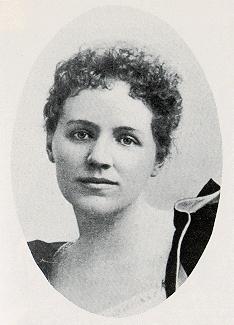 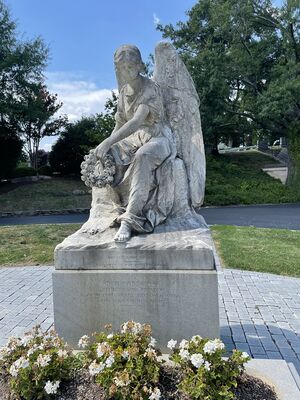 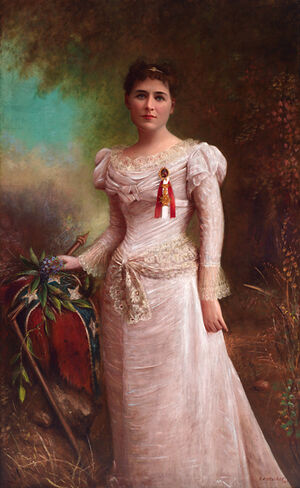