Leon’s father passed away in 1918 in Phlox. Sometime between then and 1920, the family moved to DePere near Green Bay in Brown County to live with Leon’s aunt and uncle. About a year later, Leon was back in Phlox, this time marrying a local girl, Mildred Vida VAN PRICE[1]. At the time, he was listed as being a “cheese maker." It may have been a rushed wedding, who knows, but the couple did have a child in September 1921. Sadly, the child did not make it. Two years later in 1923, their first son, Norbert, was born. He was better know later as “Dee Bee.” In 1927, my grandmother, Marjorie, was born after the family had moved south to Port Washington in Ozaukee County, where they would stay.

In 1940, Leon was listed as a laborer at the local chair factory[2], the Wisconsin Chair Company. By the 1950s, Leon was making a living as an AFL-CIO union organizer. His name is mentioned many times in local stories about helping workers around the area.[3]

One big thing that Leon was part of in Ozaukee County was getting the local hospital built.[4] At the time, in 1938, there was no local hospital. Discussions were started after an accident in the area that cost the lives of five people because they had to go to outside hospitals. A few people, including Leon, met at his house in 1938 to figure out how to get a hospital built. In 1939, all of the planning came together and the building of a hospital was approved with the cornerstone being laid on November 3rd, 1940. St. Alphonsus Hosptial opened on May 1, 1941.

Is Leon your relative? Please don't go away!

ask our community of genealogists a question.
Sponsored Search by Ancestry.com
DNA Connections
It may be possible to confirm family relationships with Leon by comparing test results with other carriers of his Y-chromosome or his mother's mitochondrial DNA. However, there are no known yDNA or mtDNA test-takers in his direct paternal or maternal line. It is likely that these autosomal DNA test-takers will share DNA with Leon: 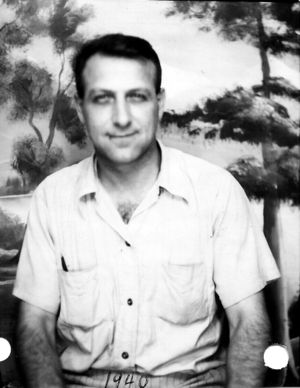 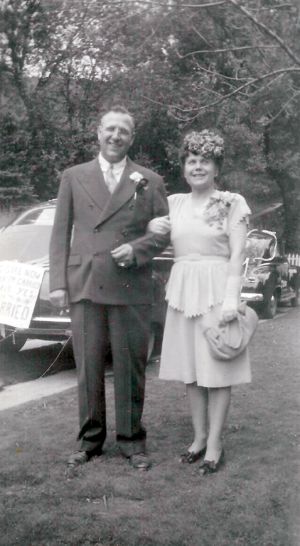 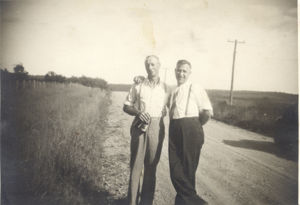 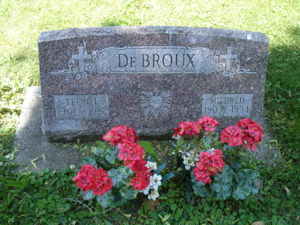 Leon DeBroux and others 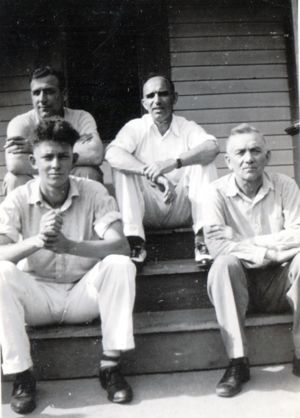 Leon is 13 degrees from Danielle Liard, 18 degrees from Jack London and 20 degrees from Henry VIII of England on our single family tree. Login to find your connection.