Cecil Blount DeMille was an American filmmaker. The Greatest Show on Earth (1952) won the Academy Award for Best Picture. He is best known for The Ten Commandments (1956).

Cecil Blount DeMille, born in 1881 in Ashfield, Massachusetts,[1] and grew up in Washington, North Carolina. His father, Henry de Mille, was a North Carolina-born dramatist and lay reader in the Episcopal Church. His mother was Beatrice Samuel, whose parents were both of German Jewish heritage. She emigrated from England with her parents in 1871 when she was 18, and they settled in Brooklyn. DeMille's mother was related to British politician Herbert Louis Samuel. His father's Dutch surname was originally spelled de Mil and then became de Mille.

DeMille married Constance Adams on August 16, 1902 and had one child, Cecilia.

He died of a heart ailment at age 77 on January 21, 1959[2] and is entombed at the Hollywood Memorial Cemetery (now known as Hollywood Forever).

Is Cecil B. your ancestor? Please don't go away!

ask our community of genealogists a question.
Sponsored Search by Ancestry.com
DNA
No known carriers of Cecil B.'s DNA have taken a DNA test. 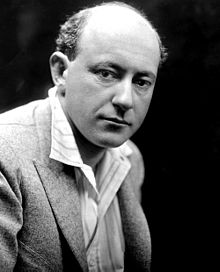 Cecil B. is 25 degrees from Ludwig Kraayenbrink, 16 degrees from Henry VIII of England and 31 degrees from Ferdinand von Zeppelin on our single family tree. Login to find your connection.