He died in 1930 and is buried in Lincoln Twshp Cemetery[3]His birthdate is listed as August 1, 1849 so a birth record should be found to clear up this discrepancy.

This person profile was created from a GEDCOM file from William C. Morrow III.

Images: 2
Front: Richard and Sophia / Back: Louise and William 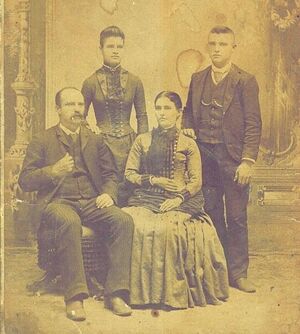 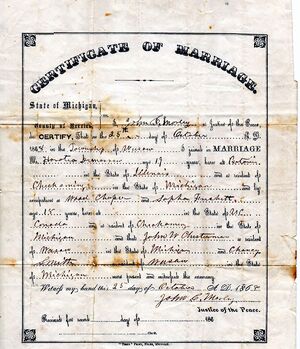 Cindy (Bourque) Cooper
Josh, it's been a while since we've worked on this family. I'm looking at the birthdate for Richard and his FindA Grave says August 1, 1849 vs this profile Jan 8, 1849. Do you have an actual birth record that would resolve this?
posted Oct 21, 2018 by Cindy (Bourque) Cooper