Carlos Hugo, Duke of Parma and Piacenza (8 April 1930 – 18 August 2010) was the head of the House of Bourbon-Parma (a branch of the House of Bourbon) from 1977 until his death. Carlos Hugo was pretender to the defunct throne of Parma, and a Carlist pretender to the throne of Spain under the name Carlos Hugo I. He was born in Paris and baptized Hugues Marie Sixte Robert Louis Jean Georges Benoît Michel. On 28 June 1963 he was officially renamed Charles Hugues, by judgment of the court of appeal of la Seine, France. He was a French citizen, and since 1980 a naturalized Spanish citizen. His marriage to Princess Irene of the Netherlands in 1964 caused a constitutional crisis in the Netherlands. Carlos Hugo was the son of Xavier, Duke of Parma, and Madeleine de Bourbon-Busset. In 1977, his father died, and Carlos Hugo succeeded him claiming the thrones of Parma, Etruria and Spain. He claimed the headship of the Constantinian Order of Saint George, although it was not tied to the ducal throne of Parma, but is adjudicated by the church of Rome to follow the male primogeniture.

Carlos Hugo was also member of the following orders:

Is Carlos Hugo your relative? Please don't go away!

ask our community of genealogists a question.
Sponsored Search by Ancestry.com
DNA Connections
It may be possible to confirm family relationships with Carlos Hugo by comparing test results with other carriers of his Y-chromosome or his mother's mitochondrial DNA. Y-chromosome DNA test-takers in his direct paternal line on WikiTree: 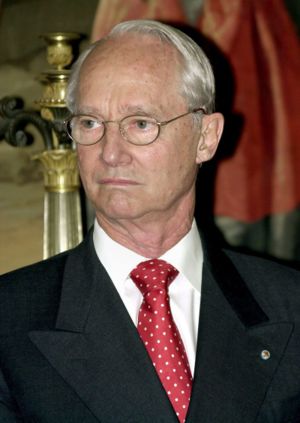 Coat of Arms of Borbón-Parma 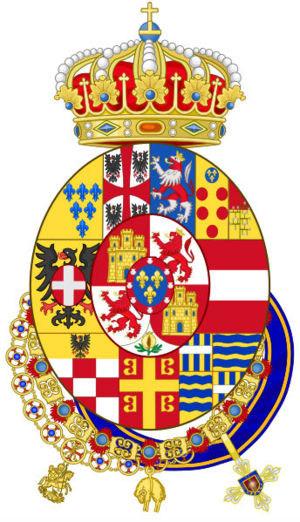 Carlos Hugo is 21 degrees from Ludwig Kraayenbrink, 12 degrees from Henry VIII of England and 16 degrees from Ferdinand von Zeppelin on our single family tree. Login to find your connection.