Bear it aloft, O roaring, flame!
Skyward aloft, where all may see.
Slaves of the World! Our case is the same;
One is the immemorial shame;
One is the struggle, and in One name --
Manhood -- we battle to set men free.
"Uncurse us the Land!" burn the words of the Dead.

During the spring of 1911 she was encouraged by the revolution in Mexico, and especially by the activities of anarchist Ricardo Flores Magón. Her last poem was dedicated to the Mexican activists.

Voltairine was born into a very poor household, her father was a tailor, her mother a seamstress. Her father, who was a communist and freethinker at the time of her birth, named her for the French Enlightenment author and philosopher, Voltaire. This possibly influenced her political and philosophical ideals later in life. In her adult years she was an anarchist, known for her opposition to capitalism, the state, marriage, and the domination of religion over sexuality and women's lives. Some would consider her an early feminist because of her views on marriage, contraception and women's rights. She was a good friend of Emma Goldman, although they agreed to disagree on certain points. Goldman described her "as the poet-rebel, the liberty-loving artist, the greatest woman-Anarchist of America."

She was a friend of Dyer D. Lum, Emma Goldman, Peter Kropotkin, Louise Michel, and Alexander Berkman. She is best known for her passionate, provocative essays and lectures in support of women, the poor and the working class. Her poetry, somber though it is, was immensely popular in the radical, labor and Freethought movements of the late Victorian era. It spoke directly to the activists of the day in a style unique to Voltairine. Her essays and poetry are as relevant today as they were when she wrote them.

Voltairine was born in November 1866 in Leslie, Ingham County, Michigan. She is the daughter of Hector de Cleyre and Harriet Billings.[1] She passed away in June 1912 at St. Mary of Nazareth Hospital, Chicago, Illinois.[2] She is buried in Forest Home Cemetery (formerly Waldheim Cemetery), Forest Park, Cook County, Illinois,[3] three graves to the right of the Haymarket Monument.[4]

In 1880 Voltairine is listed with her mother and older sister, Adelaide, on the census in Saint Johns, Clinton County, Michigan.[5] She may not, however, have been living full-time at home. About 1878 her father placed her in school at a Catholic convent in Sarnia, Ontario, Canada. She was there for about three and a half years, did not really enjoy it and at least once ran away.

In 1910 Voltairine was lodging in the household of Ida Schneyer in Philadelphia, Pennsylvania. She was single, age 43 and a teacher.[6]

Is Voltairine your ancestor? Please don't go away!

ask our community of genealogists a question.
Sponsored Search by Ancestry.com
DNA
No known carriers of Voltairine's DNA have taken a DNA test. 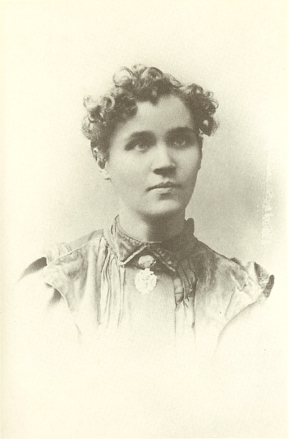 Voltairine is 39 degrees from Donald Howard, 38 degrees from Julia Howe and 35 degrees from Henry VIII of England on our single family tree. Login to find your connection.