Wakąhaga was born about 1763. He was the son of Čap’ósgaga DeKaury. He may have been assassinated in 1856.

Wakąhaga means "Snake Skin," and seems to have been his primary name. It comes from waką, "snake"; ha, "skin, hide, bark"; and -ga, a definite article used in personal names. He almost always wore a snake skin turban, as can be seen in his portraits. This gave rise to what may have been a genuine nickname, "Wakon Decorrah," where Wakon is for Waką, "Snake." The hide was that of a rattlesnake, which the Hočągara (Winnebago) call a "yellow snake." This fact gives rise to another name, Wakąziga, "Yellow Snake, Rattlesnake" (where zi is "yellow"). This name is given in the title of J.O. Lewis' portrait of Wakąhaga. These names have given rise to the understandable but mistaken notion that he was a member of the Snake Clan. Because Sabrevoir de Carrie married into the Thunderbird Clan, his male descendants were members of that clan, as their names generally show. Names that refer to serpents are common in the Thunderbird Clan (vide "Blowsnake") on account of the fact that lightning strikes dart across the sky in a serpentine path. He earned the name "Washington Decorrah" by virtue of having made more than one trip to the capital with the delegations of chiefs, beginning in 1828.

Mr. Lamere says, "He was about ninety-three years old when he died, and it is said that his hair was as white as it could be." (Hexom, 35) Inasmuch as he was believe to have died in 1856, that would make his birth date 1763.

McKenney (433) has an extensive biography of Wakąhaga. "He is one of the finest looking men among [the Winnebago] people, and has for many years been one of their principal speakers on all public occasions. The qualifications for this office are not very extensive, and in general comprise little else than fluency, a graceful manner, and a familiar acquaintance with the current transactions of the day. Wakaun Haka, or the Snake-Skin, possesses these qualities in a high degree; his stature is about six feet three inches, his person erect and commanding, and his delivery easy. He is between fifty and sixty years of age, and is one of the war-chiefs of the Winnebagoes."

"In the early years of the Snake-Skin, he was a successful hunter, a warrior of fair standing, and a person of decided influence among his people. But the sin that most easily besets the Indian has destroyed his usefulness; habits of dissipation, with the premature decrepitude incident to the savage life, have made him an old man, at the age at which the statesmen of civilized nations are in the enjoyment of the highest degree of intellectual vigor. His influence has declined, and many of his band have left him, and joined the standards of other chiefs."

"The Snake-Skin, like many other influential men among the Indians, has always been obstinately opposed to all changes in the condition of his people, and has declined taking any part in the benevolent plans of the American Government, or of individuals, for the civilization of his race. On one occasion, when the superintendent of the school called his attention to the subject, and urged the advantages which the Winnebagoes might derive from those benevolent measures, his reply was, that 'the Great Spirit had made the skin of the Indian red, and that soap and water could not make it white.' At another time, when urged to use his influence to procure the attendance of the Indian youth at the government school, he replied that 'their children were all asleep, and could not be waked up.' These answers were figurative, and contain the substance of the objection invariably urged by the savages on this subject: 'The Great Spirit has made us what we are it is not his will that we should be changed; if it was his will, he would let us know; if it is not his will, it would be wrong for us to attempt it, nor could we by any art change our nature'." (McKenney, 435-436)

"Waukoncauhaga (Snake Skin), whom the whites called Washington Decorah, had a village in early times, at the head waters of De Soto Creek, below La Crosse." (Narrative of Spoon Decorah," 460) The creek (unnamed on maps) can be traced in its three branches on a Wisconsin DNR Map. The longest branch is in the north, terminating at the center of T11N R07W Section 14 at coördinates 43.426632, -91.177394.

Once the tribe had moved to Minnesota, Saunders notes, "Wakun-ha-ga, and his band, also had a village at or near Waukon, Ia., where they went in the summer, and raised corn and squash, and picked berries for winter use." (Hexom, 33) "Soon after the removal of the Winnebagoes from the Wisconsin to the Neutral Ground in Iowa, Decorah and his band took up their residence on the Iowa river near the present site of the town that bears his name, in the county of Winneshiek." (Price, 606) Antoine Grignon states: Waukun-ha-ga [Waukon Decorah] was camped on the Iowa river [Upper Iowa] when I knew him. ... He did not remain in that section long." (Hexom, 33)

Jipson (230) says, "He probablty died in August 1859, as the Trempeleau Republican of [Saturday] August 13 stated that

Last Monday [August 8] Decorah, an old Indian Chief, who lived
in this neighborhood, was shot in a wigwam. His son, last spring,
killed an Indian in a dispute over a game of cards. The brother of
the murderd man, in revenge, stabbed a brother of the murdered
soon after, wounding him severely but not fatally. He has since absconded.
… Decorah was invited into a tent, ostensibly to compromise the difficulty.
He was scarcely seated when he was shot in the breast, mangling him
dreadfully and causing instant death. Decorah was well known as a
good Indian by all the old settlers of the upper Mississippi."

Waukon, Iowa, was named for Waukon Decorah, who for a time had a village near the site of this town. (Hexom, 33)

"Decorah, [Iowa,] our beautiful inland city, and county seat of Winneshiek County, was named after Waukon-Decorah, one of the prominent chiefs of the Winnebagoes. Our neighboring and thriving village of Waukon gained its name from the first half of the hyphenated name of the aforesaid chieftain." (Alexander, 141)

Because Wakun-ha-ga was also known by the name Waukon Decorah, he is frequently confused with Wau-kon (Wakąga), "Snake." Wakun-ha-ga was a tall man of the Thunderbird Clan, whereas Snake was a short man said to be of the Snake Clan. They are indisputably different men, since both Charles Bird King and J. O. Lewis painted both of them as distinct individuals under their respective names.

Both McKenney (435) and Alexander (142) relate a story in which Wakąhaga is said to have lost nearly his entire family to a raid by the Sauks in 1834, and that he refused to be reconciled when presented with a weregild by the Sauks, who later made peace. George W. Kingsley, a member of the tribe, told Hexom (32): "There was a White Snake also, but he was not a chief, although a very prominent Indian. He died in Houston county, Minnesota, about the time the Decorahs lived in Iowa, his remains were left in a sitting position on the point of a hill about one mile north of the village of Houston. White Snake lost a part of his family in a massacre on the Wapsipinicon river, Iowa, a few years after the Black Hawk war while on an elk hunt, by a band of Sauk and Fox Indians by mistake. White Snake was part Sauk." Once again because of the shared name "Snake," Wakąhaga's biography has become confused with that of another.

Is Wakąhaga your ancestor? Please don't go away!

ask our community of genealogists a question.
Sponsored Search by Ancestry.com
DNA
No known carriers of Wakąhaga's DNA have taken a DNA test. 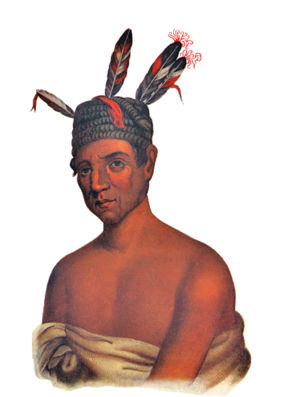 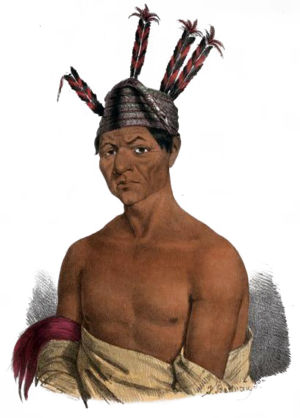