Moses was born about 1855. In his 1910 testimony before Congress, "Mose" stated that he lived in Mauston, was the son of Four Deer, and was born in Marquette County. His father Four Deer Decorah was born in the village at Portage. (Condition)

In most censuses, Moses lodged with his wife Kate (b. 1853). However, an Indian census taken on 1 November 1904 shows him lodging with a different Kate (b. 1866), who is recorded as his wife. In most other censuses, Kate (b. 1866) is shown living alone with her son Moses Jr, but in very close proximity to Moses Sr. Yet the Wisconsin state census taken elsewhere on 30 June 1905, in the township of Manchester, Jackson County, Wisconsin, shows him lodging with "Mary" (the elder Kate) and their children Caroline, Stella, and grandson Frank. The elder Kate, under the name "Mary", is also recorded as Moses' wife. This shows that the two Kates were co-wives of Moses.

His tribal occupation was as a medicine man. (Skavlem)

1885 — He and his wife were living in the township of Lemonweir. (Wisc census)

1895 — "Until within the last few years a small band of (Winnebago) from the northern part of the state have wintered here, but in the spring of 1895 they broke up camp for the last time and Koshkonong knows them no more. Their camp or village numbered five lodges and their band was composed of the members of three separate families. These were Charlie Decorah and his squaw. Charlie was about 50 years old, and the "medicine man" Moses Decorah, squaw and three papooses; Henry Decorah and squaw. Henry was the learned man of the party, and could read and write English fairly well; Charlie Green and squaw, and War Club, squaw and one papoose." (Skavlem)

1904 — in November of that year, he was living with his second wife (b. 1866) and his son Moses Jr. at the Tomah Agency in Monroe County, Wisconsin. (Indian census)

1905 — in June of this year, he was living with his first wife Kate (b. 1853) in the township of Manchester, in Jackson County, Wisconsin. (Wisc. State census) 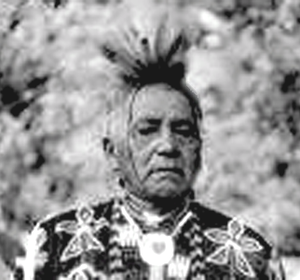 Moses and Kate (the Elder) Decorah 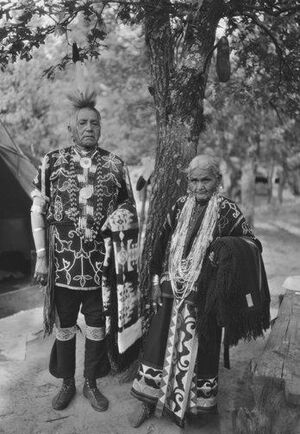