Frederick Theodore Albert Delius, originally Fritz Delius, was born 29 January 1862 in Bradford, Yorkshire to a prosperous mercantile family. He resisted attempts to recruit him to commerce. He was sent to Florida in the United States in 1884, to manage an orange plantation; there he soon neglected his managerial duties, and in 1886 returned to Europe. Having been influenced by African-American music during his short stay in Florida, he began composing. After a brief period of formal musical study in Germany beginning in 1886, he embarked on a full-time career as a composer in Paris and then in nearby Grez-sur-Loing, where he and his wife Jelka lived for the rest of their lives, except during the First World War. Delius's first successes came in Germany, where Hans Haym and other conductors promoted his music from the late 1890s. In Delius's native Britain, his music did not make regular appearances in concert programmes until 1907, after Thomas Beecham took it up. Beecham conducted the full premiere of A Mass of Life in London in 1909 (he had premiered Part II in Germany in 1908); he staged the opera A Village Romeo and Juliet at Covent Garden in 1910; and he mounted a six-day Delius festival in London in 1929, as well as making gramophone recordings of many of the composer's works. After 1918, Delius began to suffer the effects of syphilis, contracted during his earlier years in Paris. He became paralysed and blind, but completed some late compositions between 1928 and 1932 with the aid of an amanuensis, Eric Fenby. n 1933, the year before both composers died, Edward Elgar, who had flown to Paris to conduct a performance of his Violin Concerto, visited Delius at Grez. Delius was not on the whole an admirer of Elgar's music, but the two men took to each other, and there followed a warm correspondence until Elgar's death in February 1934.[1] Elgar described Delius as "a poet and a visionary".[2] Delius died at Grez on 10 June 1934, aged 72. He had wished to be buried in his own garden, but the French authorities forbade it. His alternative wish, despite his atheism, was to be buried "in some country churchyard in the south of England, where people could place wild flowers".[3]At this time Jelka was too ill to make the journey across the Channel, and Delius was temporarily buried in the local cemetery at Grez.[4]By May 1935, Jelka felt she had enough strength to undertake the crossing to attend a reburial in England. She chose St Peter's Church, Limpsfield, Surrey as the site for the grave. She sailed to England for the service, but became ill en route, and on arrival was taken to hospital in Dover and then Kensington in London, missing the reburial on 26 May.[5] The ceremony took place at midnight; the headline in the Sunday Dispatch was "Sixty People Under Flickering Lamps In A Surrey Churchyard".[6] The vicar offered a prayer: "May the souls of the departed through the mercy of God rest in peace."[7] Jelka died two days later, on 28 May. She was buried in the same grave as Delius.[8]

The lyricism in Delius's early compositions reflected the music he had heard in America and the influences of European composers such as Edvard Grieg and Richard Wagner. As his skills matured, he developed a style uniquely his own, characterised by his individual orchestration and his uses of chromatic harmony. 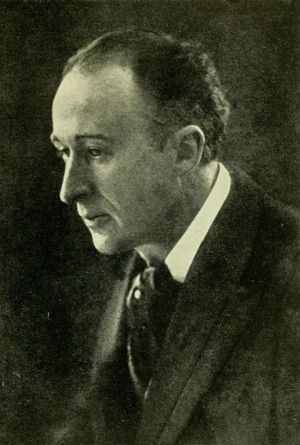 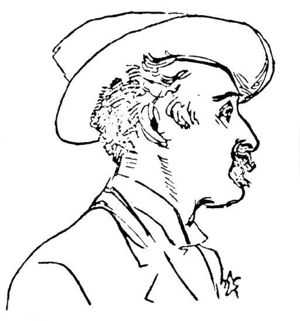 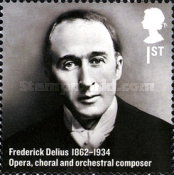