Sophia Deshong was born on February 14, 1812. She married Rev. John Smith. She was his second wife. She had the following children: Elisha, Sarah, William, Catherine, Dennis, and Elizabeth.


Memories: 8
Enter a personal reminiscence or story.
Roger Wehr
The NAME and PROXIMITY of this individual make this one worth comparing:

posted 15 Jan 2013 by Roger Wehr   [thank Roger]
Roger Wehr
Does Sophia Dishong have a sister named Susan Dishong who was born on September 20, 1814?

Susan A. Dishong (daughter of Frederick Dishong and Catherine Benchoff)

Notes for DENNIS SMITH: Dennis Smith lived in Virginia in 1914. He served in the American Civil War according to a note in the Descendants of James Smith Esq. published in 1961 by Adams Letter Service, Inc., Rockford, Illinois. Author: Warren Scott Smith.

Is Sophia the daughter of

... Adam B. Dishong of Fulton County?

posted 3 Feb 2012 by Roger Wehr   [thank Roger]
Login to add a memory.
Is Sophia your ancestor? Please don't go away!

ask our community of genealogists a question.
Sponsored Search by Ancestry.com
DNA Connections
It may be possible to confirm family relationships with Sophia by comparing test results with other carriers of her mitochondrial DNA. However, there are no known mtDNA test-takers in her direct maternal line. It is likely that these autosomal DNA test-takers will share DNA with Sophia: 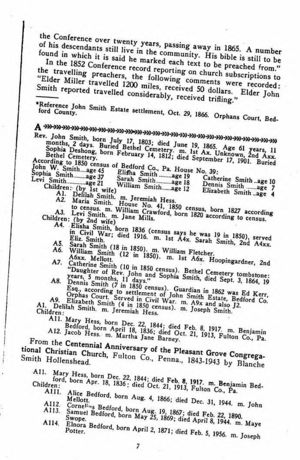 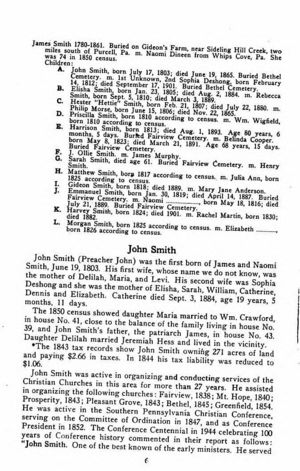 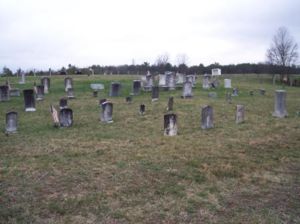 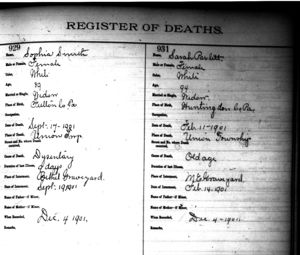 Sophia is 19 degrees from Danielle Liard, 15 degrees from Jack London and 13 degrees from Henry VIII of England on our single family tree. Login to find your connection.