Sir Robert Devereux was a member of the aristocracy in British Isles.

Robert Devereux, 2nd Earl of Essex, was born 19 Nov 1566 at Netherwood, Hertfordshire, England. He was the son of Walter Devereux, 1st Earl of Essex and Lettice Knollys.[1]

He married Frances Walsingham, daughter of Sir Francis Walsingham and Ursula St. Barbe, between 1583 and 1601.[2]

Devereux died on 25 February 1601 at age 34 at Tower of London, The City, London, England, beheaded for treason. 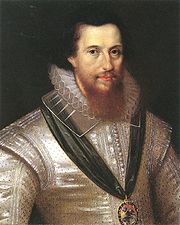 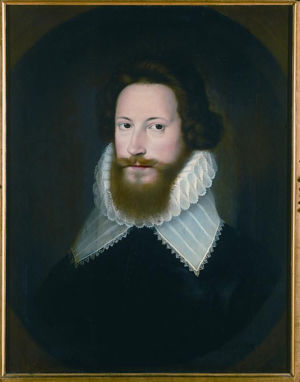 Categories: Earls Marshal of England | Privy Counsellors of England | Knights Companion of the Garter | Nine Years' War (Ireland) | Prisoners of the Tower of London | People Executed by the Tudors | Notables