Maria Luisa (di Savoia) di Espana is a member of the House of Savoy.

Maria Luisa of Savoy (Maria Luisa Gabriella; 17 September 1688 – 14 February 1714) was a Savoyard princess and the first wife of Philip V of Spain. She acted as Regent of Spain and had great influence over her husband. She is closely associated with Princesse des Ursins.

Philip V of Spain, a French prince, was recently crowned King of Spain upon the death of childless Charles II. In order to enforce his shaky authority over Spain due to his French birth, Philip V decided to maintain ties with Victor Amadeus II, Duke of Savoy. Philip V's brother, Louis, Duke of Burgundy, had married the elder sister of Maria Luisa several years earlier, and in mid-1701, Philip V asked for Maria Luisa's hand with the permission of his grandfather Louis XIV.

Maria Luisa was wed by proxy to Philip V on 12 September 1701 at the age of barely thirteen and was escorted to Nice, arriving there on 18 September. While in Nice, she was greeted by Pope Clement XI who gave her the Golden Rose on 20 September as a ritualistic gift for the young princess.[ Within a week, she sailed from Nice for Antibes and was taken to Barcelona. The official marriage took place on 2 November 1701. The princesse des Ursins was a member of the household of the Queen. She would maintain great influence over Maria Luisa as her Camarera mayor de Palacio, chief of the household to the young queen, who was still a child. The Princess des Ursines maintained as strong dominance of Maria Luisa by using all the rights of proximity to the queen that her position entitled her to: she was almost non-stop in the presence of the queen, accompanied her wherever she went as soon as she left her private rooms, followed her to the council meetings, where she listened sitting by the side sewing; followed her back to her rooms, where she was present at the most intimate personal tasks, dressing and undressing her, controlling whoever who wished to come in the presence of her. As Philip V, unlike what custom dictated, actually shared bedroom with Maria Luisa, the Princess was also given a dominant influence over the king as well.

Philip V was deeply in love with her from the start: as would be the case of his next consort, he was sexually dependent on her, as his religious scruples prevented him from exercising any sexual life outside of marriage. Unlike what was normal for a Spanish monarch, he usually slept in her bed the entire night, and insisted upon his conjugal rights. Already shortly after their marriage, the French ambassador, the Duke of Gramont reported to Philips' grandfather, Louis XIV, that Philip would be completely governed by his spouse as long as he had one, a report which made Louis XIV to warn him from allowing his queen to dominate him. Marie Luisa is described as remarkably mature for her age, politically savvy, articulate and hard-working, and she has been credited with giving the normally passive Philip V the energy he needed to participate in warfare.[1]

Is Maria Luisa your ancestor? Please don't go away!

ask our community of genealogists a question.
Sponsored Search by Ancestry.com
DNA Connections
It may be possible to confirm family relationships with Maria Luisa by comparing test results with other carriers of her mitochondrial DNA. Mitochondrial DNA test-takers in the direct maternal line: 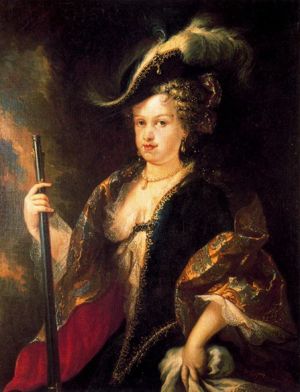 Maria Luisa is 20 degrees from Donald Howard, 12 degrees from Julia Howe and 7 degrees from Henry VIII of England on our single family tree. Login to find your connection.