Diana Dill was an early or significant Bermudan.

Diana Dill was an actress in film and TV. She appeared fairly steadily beginning in 1942 until 2008, a few years before her death. [1]

Diana Dill was born 22 Jan 1923, in Devonshire, Bermuda.[2] Diana's father Thomas Melville Dill was from a prominent Bermuda family. He was a Member of the Colonial Parliament of Bermuda, Attorney General of Bermuda, and former Commanding Officer of the Bermuda Militia Artillery. Her mother was Ruth Rapalje Neilson.[3]

Diana grew up in comfortable circumstances.[4] She went to boarding school in England and graduated from the Upper Chine School for Girls on the Isle of Wight. Her father suggested she become a lawyer. Instead, Diana enrolled in the American Academy of Dramatic Arts in New York. Kirk Douglas was also a student there.[5]

In 1940, Diana was living with her sister Ruth Johnson, Ruth's family, and their brother Laurence Dill.[6] Laurence once saved Diana from drowning in the Thames,[4] and sister, Ruth, was married to John Seward Johnson I, heir to the Johnson & Johnson fortune.[3]

In 1941, Diana went to Hollywood under contract to Warner Brothers. Six months later, without a single credit to her name, she returned to New York, did some modeling and worked as a nurse's aide. Kirk Douglas, then at Naval Midshipman School, saw her photograph on a magazine cover, wrote to her and proposed on their first dinner date.[4]

They were married 2 November 1943, in New Orleans, Louisiana.[2] They had two children:

Kirk finished his navy tour. The couple then worked on their acting careers. They bought and fixed up a house in Laurel Canyon, California. Eventually "discontent seeped in. They had less in common in success than they had in striving."[4]

March 12, 1948, Diana became a citizen of the United States. The actress stated her residence as 8619 Vado Place, Los Angeles, California. Her last place of foreign residence had been her school on the Isle of Wight. She had emigrated from Hamilton, Bermuda, to New York, New York, as Diana Dill, arriving May 15, 1941, on the SS Arcadia.[2][7]

In 1949, Diana and Douglas separated. About a year later, 5 January 1950, Mrs. Douglas sued for divorce complaining of cruelty. It was stated that they had signed a property agreement, divided their community assets and arranged support for Diana and their two children, Michael and Joel, then five and two, respectively.[8]

Diana remarried, in December 1956, to William Darrid, also an actor. They were married at the Saugatuck Congregational Church, in Westport, Connecticut. The bride was attended by her sister Mrs. Ruth Crockett. John Blum, brother of the groom was best man.[9] This marriage lasted until Bill Darrid's death in 1992.[10]

In 1999, she published her memoirs, entitled "In the Wings: A Memoir" under the name Diana Douglas Darrid.[3]

Her third marriage in 2002 was to Donald Albert Webster, performed at the old Devonshire Church in Bermuda. Webster is a former Treasury Chief of Staff under President Richard Nixon.[11]

In 2003 she appeared in "It Runs in the Family" alongside her ex-husband Kirk Douglas, son Michael and her grandson Cameron.[1]

Diana Love (Dill) Douglas Darrid Webster died of cancer 3 July 2015, at the Motion Picture Hospital in Woodland Hills, California.[5] She requested that her ashes be scattered in Bermuda.[12]

A great nephew spoke of his aunt: “She was extremely kind, she was very generous and no matter how crazy you were she would always listen to you. She was non-judgmental and had a way about her that was very regal but she was someone who could relate on many different levels to many different people... She loved Bermuda, you know. Bermuda was her home. She used to live at New Bold Place on the waterside next to Devonshire Dock."[12]

Is Diana your relative? Please don't go away!

ask our community of genealogists a question.
Sponsored Search by Ancestry.com
DNA
No known carriers of Diana's DNA have taken a DNA test. 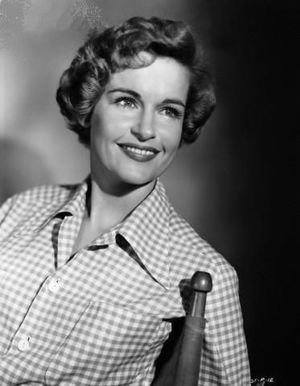 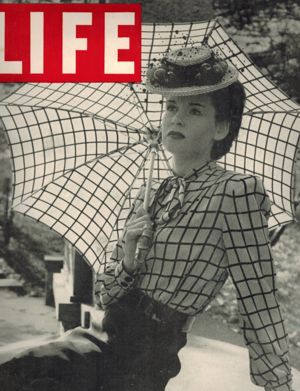 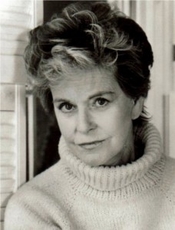 Mags Gaulden
Still looking around for a Profile for the Profile of the Week for Bermuda! Mags
posted May 02, 2016 by Mags Gaulden