Bob grew up in the small town under the watchful eye of his big sister Ruth and her husband Omar. His days were spent with his best friend Dunnigan and a pal they called Big Toe. They went chasing trains and played in the forested areas around the town. His Dad Barrett gave him a large upstairs room in their big old house where he could have work space. There he tinkered with electric engines, galena crystals, copper wire and radio waves. Bob’s hobbies attracted the interest of the city soon, he the kid that put up the Christmas lights every year.

He became his Dad’s helper in building basements. This included heavy wet concrete work. Before long he was known for the back flip he could do in his concrete boots. Town’s folks who might have bragged on their hometown boy, could drive up to his work site and request a flip.

When the war started, his knowledge of radios and electronics drew him to work with electrical systems in fighter planes. As the war progressed he was selected to serve the Marines, and was sent boot camp training on the west coast.

His training was in battlefield communication and prepared him to be a ground forces radio man in one the most brutal battles in American history. The battle of Iwo Jima. As a radio operator, from his fox hole on the beach, he directed Navy Guns and shells, toward tunnels and caves dug deep in Mount Suribachi. He talks about the sounds the huge shells made as they passed over head toward his designated target. The flag raising photo is famous. Over the next several days Bob observed numerous groups of Marines attempting a flag raising on the island’s hilltop. He marveled at their valor, thanked them for the relief and prayed, as 20,000 Japanese turned their rifles from the beach, where he sat under fire, toward those few, the brave, determined to fly the stars and stripes. The island was finally won and became a landing point for the B-29 bomber. One of our most powerful weapons and best hope in the war. When his time on the hot volcanic island was complete, he was assigned to occupy a Japanese city that had been all but destroyed by an atomic bomb, Nagasaki.

His honorable discharge allowed him to return home to a thankful mother. She took his gear to the back yard and promptly burned it. Bob was home safely in Oakland City, she could sleep at last. She may have noticed too, there was beautiful young girl who attracted his attention.

Bob and Connie were married February 22, 1947 and soon a son was born. Their first child Mark, struggled with health issues and their doctor advised them to take him west to a drier climate. So they sold their belongings, and packed everything they owned into a 1941 Ford. They headed west arriving in the Valley of the Sun in 1951.

The new Mr. and Mrs. Dill arrived in desert with their young son Mark and their strong Christian faith. They immediately begin looking for a church to attend. In that hunt they drew together with a few other like minded couples. And after a time, and some struggles they began to meet on a street called Monte Vista. Young couples such as Sam and Margaret Harville joined them in building a new congregation. During this time he started an insurance business, naming it Allsure Insurance Agency and for the next 50 years he supported his family in this way.

As his business and family grew, so did his church family. With his church family on Monte Vista Street he raised three faithful children, Mark, Steve and Leisa. Sadly this is the church family who shared their grief in Leisa’s death when she was just a teen. Monte vista is the meeting place where Bob Dill was selected to do the work of as an elder. A work at that location, he was dedicated to for 35 years. And on that street, in that church building, among the gathered church of Christ fellowship, he took his last communion.

In his passing many ask us about his hobbies, even offering lists. Was he an expert in golf, did he practice at tennis, sailing? We asked ourselves, what would interest a man who taught himself to catch radio waves. A man who used that skill to directed the might of America against her enemies. What hobby might he have?

We realized his hobby; his special interests, were you, his friends and neighbors, his Christian brothers and sisters. His special interests were your triumphs, your hardships, the growth and security of your souls, the guidance of your strengths in God’s Grace. So many, many hours well spent doing what he loved filled his free time, even in retirement. Yes it is decided, he was very serious about his hobby. It was all of us.

Those who wonder what special life time awards he may have earned, you only need to look around you. The folks attending his funeral are the ones who he loved and longed to be their friend. Their success, their strengths and skills, seeing faithfulness and trust in God are his priceless Awards. And today, we would want you to see each other as the precious gifts you were to him.

His dedicated wife, and love of his life, will tell you his parents began calling him home several months ago. She would try to help him understand his mother and father had passed on bringing out the death certificates, but he was insistent, they needed him home.

On December 21st, at 8:33 in the morning, 96 years after he was born at home, he passed from his home on Sugarloaf Street in Mesa, Arizona. That morning he would have found his Mother waiting with his new set of heavenly clothing.

It must have been a very busy day in heaven. Greeting his daughter, parents and family. It must have been very crowded, as few of us, have been with so many friends and comrades as passed from this life as he did on that battle field so long ago. Those proud faithful marines greeting him now would be interested in hearing about all of you, his earthly family. Now that Bob has fought the good fight, we might imagine him sharing how he finished the course, and kept the faith as he moves toward putting his hand in the saviors.

He is preceded in death by his parents Barrett and Ethel Dill, his sister Ruth Duncan, and his beautiful precious daughter Leisa Ann Dill.

He his survived by his sons and their wives Mark and Gina Dill and Steve and Laurie Dill.

Is Bob your ancestor? Please don't go away!

ask our community of genealogists a question.
Sponsored Search by Ancestry.com
DNA Connections
It may be possible to confirm family relationships by comparing test results with Bob or other carriers of his Y-chromosome or his mother's mitochondrial DNA. It is likely that these autosomal DNA test-takers will share some percentage (beta) of DNA with Bob: 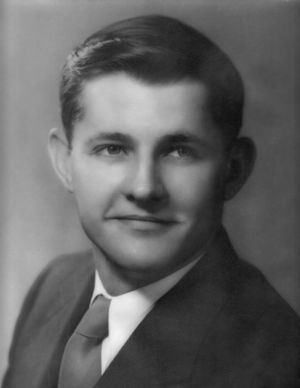 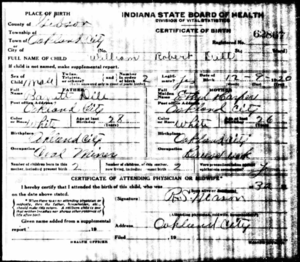 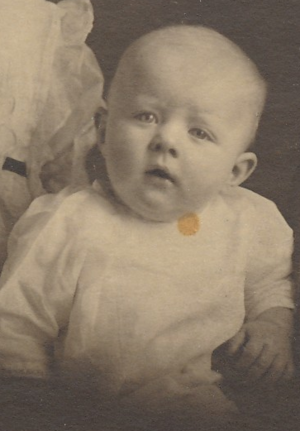