This profile is part of the Disney Name Study.

Walter Elias Disney was born on 5 Dec 1901 in Chicago, Cook County, Illinois to Elias and Flora (Call) Disney. Elias was Irish-Canadian and Flora was of German and English descent. Walt's great-grandfather, Arundel Elias Disney, emigrated from Ireland where he was born in 1801. Arundel was a descendant of Robert d'Isigny, a Frenchman who had traveled to England with William the Conqueror in 1066. The family changed the d'Isigny name to "Disney" and settled in the English village now known as Norton Disney, south of the city of Lincoln, in the county of Lincolnshire.

Walt Disney is a cultural icon. He was an American entrepreneur, cartoonist, animator, voice actor, and film producer and known for his influence and contributions to entertainment during the 20th century. In 1923 he and his brother Roy O. Disney co-founded The Walt Disney Company.

Walt and his staff created numerous famous fictional characters including Mickey Mouse, Donald Duck, and Goofy. He was the original voice for Mickey. During his lifetime, he won 22 Academy Awards and received four honorary Academy Awards from a total of 59 nominations, including a record of four in one year.

There is a possibility that Walt was born in Ontario. Published material gives comments that Walt is said to have made. Also, the Canadian census of 1861 and 1871 shows that Walt had many relations in Heronia.

In appendix C of “The True Intrepid: Sir William Stephenson and the unknown agents” by Bill Macdonald, the Canadian author relates an encounter he had with Walt Disney. The two were traveling by train from Washington DC to New York city.

..he thought he was a Canadian as well. He was born in Canada...in Goderich I think. ...on Lake Huron...and he left there at the age of three…

A 1993 Disney biography, by Mark Elliott, implied that Disney was obsessed, much of his life, with not having a birth certificate to verify that he was born in Chicago in 1901. Reportedly, he cut a deal with J. Edgar Hoover to report on Hollywood communists in exchange for Hoover’s help proving his parentage. …

In the profile of Walt's great-grandfather Arundel Disney, the biography states that : A branch of the family traveled from Ireland (through New York city) to Goderich, Huron County, Ontario.

From "Walt Disney -- the Canadian Connection":

In 1834, brothers Robert and Arundel Elias sailed to New York City. The party of seven on board the ship named “New Jersey” included their wives Jane and Maria as well as Francis and Elias, sons of Robert and Jane, and Kepple, son of Arundel Elias and Maria.[2]

Elias's great grandparents (Arundel and Maria) setteled in Goderich, Huron South and Walt's father Elias, was born in Morris, Huron North. Elias grew up in Bluevale, Morris, a hamlet near Goderich and he attended the Goderich school.

The 1861 Morris house shows Walt's father, a 2 year old Elias. When Elias was about 18, his family moved to the United States. There he married and the family lived in several states. It's possible that Walt's parents went to visit with relatives in Huronia. And while there, Walt was born.

Note: Arundel and Maria must have migrated to Canada West just before their son Robert was born in Godrich in 1837.

Note: names are spelled as they appear in the census.

Is Walt your ancestor? Please don't go away!

ask our community of genealogists a question.
Sponsored Search by Ancestry.com
DNA Connections
It may be possible to confirm family relationships with Walt by comparing test results with other carriers of his Y-chromosome or his mother's mitochondrial DNA. However, there are no known yDNA or mtDNA test-takers in his direct paternal or maternal line. It is likely that these autosomal DNA test-takers will share some percentage of DNA with Walt: 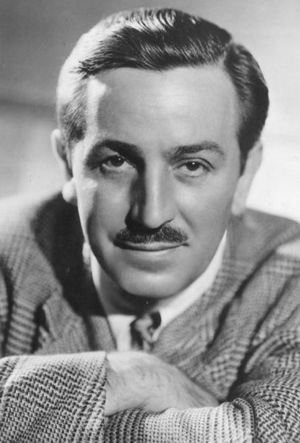 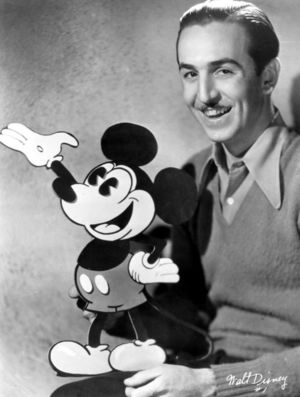 Gary Bybee
To the family of Walt Disney: Thank you for all the wonderful things you have given us all.

Matthew Wilson
Walt and Lillian adopted a daughter, Sharon. I know WikiTree focuses on genetic descent, but she should at least be mentioned here.
posted Jan 13, 2021 by Matthew Wilson

We plan on featuring Walt as the Example Profile of the Week in the Connection finder on January 13th. Between now and then is a good time to take a look at the sources and biography to see if there are updates and improvements that need made, especially those that will bring it up to WikiTree Style Guide standards. We know it's short notice, so don't fret too much. Just do what you can. A Team member will check on the profile Tuesday and make changes as necessary.

As far as I know, no DNA has been posted to his profile.

Lisa (Kelsey) Murphy
the local theater and as a way to bring more people in the barbershop hung his work in the window to get people to come see them each week.

They moved to Chicago in 1917 and Walt went to the Institue of Art. He got money from his dad for the classes by telling him it was an educational experience.

More can be learned about his career from the scholastic book "I am Walt Disney" by Grace Norwich.

Lisa (Kelsey) Murphy
team. Everyone made 3 dollars a week except walt. At 9 he had to help deliver in the morning, catch a quick nap and then head to school for part of the day. When he left early it was to get the nightly papers and start night time deliveries.

So he could actually earn spending money, he worked as a delivery person for a pharmacy in the area.

In 1916 he kicked a piece of ice and a nail was inside of it. The nail got stuck in his foot and he had to scream for help. 20 minutes later another delivery boy found him and took him to the doctor.

when he was a little older his teacher would catch him proping up books to hide his drawing instead of studying. She chose to encourage him and had him do the posters they needed for the school events. He also drew for

Lisa (Kelsey) Murphy
took the tar and painted on the side of the family's home. His parents were not very pleased as it never would come off.

His dad did not know how to take care of the animals and he refused to use fertilizer until it was too late for it to help. This caused the farm to fail and they could not keep warm or live very well. They had to leave the farm in 1911.

They moved to Kansas City, Missouri in a extremely small house with no indoor plumbing. When they had company, walt and roy would have to sleep in the shed in the back yard.

There was an amusement park near the home and although walt and ruth were not allowed to go in, they would stand and watch everyone from the outside of the gates.

His dad bought a paper route for the Kansas City Star. He had Walt and Roy as part of the delivery

Lisa (Kelsey) Murphy
hello to every animal each morning on his way out to do chores.

No one could take him to school when he was old enough so he did not attend until Lucy was old enough and they both went together then. He did not like school and spent most of his time drawing flip books instead of studying.

His dad's brother was more successful and acted bossy and more important than everyone else when he would visit the farm. Walt liked when he would come though because his wife would always encourage him to draw by bringing paper and art supplies.

Doc Sherwood was his neighbor and was very well known.He let Walt ride with him for errands and housecalls. He taught walt it was ok not to know everything.

Walt found a barrel of soft black tar. When he saw it, he had ideas of how to use it to draw. He

Lisa (Kelsey) Murphy
When he was little his family had trouble making ends meet. His mom worked with his dad in construction.

They moved every couple years while Walt was growing up, because they needed to find new work.

HIs dad had a bad temper and was very strict. No drinking, dancing or silliness was allowed.

1906 he and his siblings were excited when they moved to the farm in Marceline, Missouri. They had a one story wooden farmhouse on 45 acres of farmlands and apple orchards. Walt said they had every kind of apple you could ever hear of. They loved swimming and fishing for catfish.

On the farm, walt's job was to make sure the pigs did not get into any trouble. One of them, named skinny, really liked Walt. She would go looking for him around the house if she had not seen him for a while. He said

Bob Fields
Could you add a picture and marriage info please, from http://en.wikipedia.org/wiki/Walt_Disney. Perhaps a very short biography with genealogically important information. Thanks so much, Bob Fields, GFT Notables project leader. And add template {{Notables}
posted Jan 24, 2015 by Bob Fields