Lord Benjamin Disraeli was a member of the aristocracy in British Isles.

Benjamin Disraeli was born on 21 Dec 1804 at 6 King's Road, Bedford Row, Bloomsbury, Middlesex, London, United Kingdom.
He was the son of Sephardic Jewish parents, Isaac d'Israeli and Miriam Basevi who lived in Italy before coming to England.

His father had Benjamin anglicize his name to Disraeli and got him baptized into the Church of England when he turned 13, in spite of his mother's objections.

'Dizzy' - Benjamin Disraeli, 1st Earl of Beaconsfield, Viscount Hughenden KG, PC, FRS, was a British Conservative politician. He played a central role in the creation of the modern Conservative Party, defining its policies and its broad outreach. Disraeli is remembered for his influential voice in world affairs, his political battles with the Liberal leader William Ewart Gladstone, and his one-nation conservatism or "Tory democracy". He made the Conservatives the party most identified with the glory and power of the British Empire. He is the only British Prime Minister of Jewish birth.[1]

He was also a prolific writer completing 16 novels between 1826 and 1880 as well as works of poetry and drama. In addition he wrote at least 8 works of non fiction on historical and political themes.

Benjamin Disraeli was born on December 21, 1804 at Bloomsbury, London, England. He was the eldest son of Isaac d'Israeli and Miriam Basevi.[2] His only sister was two years old when he was born. Two brothers followed. The family were Sephardic Jews and attended the Bevis Marks Synagogue in London. Benjamin was circumcised there on December 29 1804. [3] Both his grandfathers were born in Italy. His father's family had originally gone to Italy from the Middle East and his paternal grandfather had emigrated from Venice to England in 1748. His mother's family had fled Spain in the late fifteenth century and settled in Italy before moving on to England in 1762. [4] Benjamin's maternal grandfather was president of the Jewish Board of Deputies in London. His paternal grandfather was a devout member of the Bevis Marks Synagogue, but his father was not so committed and when he was elected warden, against his wishes he had a dispute with the synagogue authorities over his refusal to pay a fee which led to his resignation from the congregation. Soon afterwards he had his four children baptised in the Anglican church. Benjamin was baptised on July 31, 1817, at St. Andrew's Church, Holborn, when was 12 years old. This event would subsequently enable him to enter British politics, which at that time was open only to members of the established church. In 1922 Isaac d'Israeli, Benjamin's father, had the family name changed to Disraeli by omitting the apostrophe and capitalising the 'D'.

In August 1839 Benjamin married a widow, twelve years older than himself. Mary Anne, born Evans, had previously been married to Wyndham Lewis, Benjamin's fellow Tory M.P. for Maidstone.[5] There was much speculation that Benjamin had married her for her money, a sentiment which had some truth it, but there was no doubt that they were deeply devoted to each other.

After four unsuccessful attempts to enter politics Benjamin Disraeli eventually gained a seat in the House of Commons in 1837 as one of two Tory M.P.s for Maidstone, Kent. In 1847 he bought Hughenden Manor in Buckinghamshire[6] as his country estate, then a necessity for a Tory M.P. because it was essential to represent a county, and county members had to be landowners. He twice served as Prime Minister, from February 20, 1874 until April 21, 1880 and from February 27, 1868 until December 1, 1868.[7] As well as holding the office of Prime minister he served three terms as Chancellor of the Exchequer and two as Leader of the Opposition. He had a very good relationship with the reigning monarch, Queen Victoria, and in 1876 he pushed the Royal Titles Act through parliament so that she could become Empress of India. That same year she created him Earl of Beaconsfield. The subsidiary title of the earldom was Viscount Hughenden, of Hughenden in the County of Buckingham, This title is also in the Peerage of the United Kingdom. In January 1881 Disraeli acted as Conservative leader from the House of Lords, but was no longer eligible for re-election to the Commons.

By the spring of 1881 Benjamin Disraeli was suffering from asthma and gout and in March he developed bronchitis. He died at his home in Curzon Street, Mayfair, London, England in the early morning of Easter Monday, April 19, 1881, when he was 76 years old.[8] His last audible words were, "I had rather live but I am not afraid to die"[9] He was buried with his wife in St Michael and All Angels Churchyard, Hughenden, Buckinghamshire.[10]

Other Sources referred to when writing bio.

ask our community of genealogists a question.
Sponsored Search by Ancestry.com
DNA
No known carriers of Benjamin's ancestors' DNA have taken a DNA test. 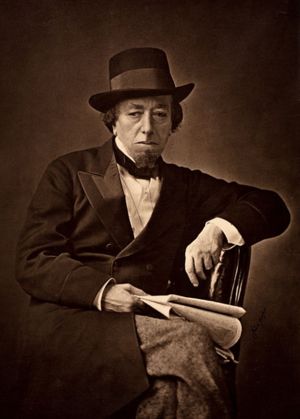 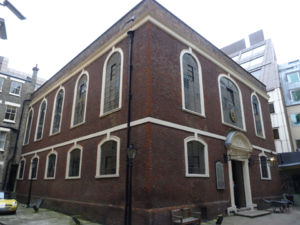 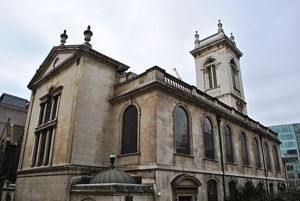 Benjamin Disraeli as a young man 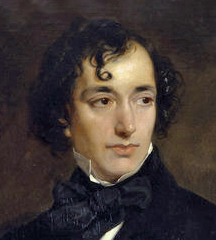 Benjamin Disraeli as the man in white paper in Through the Looking-Glass and what Alice found there. 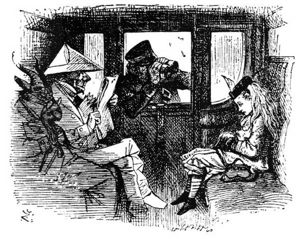 Leave a message for others who see this profile.
There are no comments yet.
Login to post a comment.
Timothy Bradley-Williams
"His father's family had originally gone to Italy from the Middle East and...." There is no evidence for this. There is in fact no evidence that either of his Gt Grandparents came from anywhere. The origins of Isaac Israeli and Enrichetta de Rossi are a mystery. Nothing is known about them save their names.

"His mother's family had fled Spain in the late fifteenth century and...." There is no evidence the Basevi family ever lived in Spain. The family of Maternal Grandmother Ricca Rietti/Rieni yes, but not the Basevis. Candidates here are Germany, Constantinople and possibly Prague though Prague may have been a branch rather than a source. Or it may have simply been a coincidence.