Born on April 4, 1802, Dorothea Lynde Dix was the first child of Joseph Dix, Methodist preacher, and Mary Bigelow Dix. Before Hampden was taken over by the British the Dix’s moved to Vermont. Dix always said, “She never knew a childhood”. Dorothea’s father would often go away to teach about sin and salvation. She and her mother managed well being alone, but at the age of four, Dorothea’s brother Joseph was born. Her mother had become very weak and always spent her time in bed. The responsibility lay on Dorothea’s small shoulders. She was always miserable, the only time she was happy was when she visited her grandparents at Dix Mansion. Her grandmother was very strict, and principles were about etiquette, but her grandfather was a doctor. He taught Dorothea about medicine and illness.

At the age of 12 Dorothea ran away to Dix mansion. Dorothea had a passion for teaching and at the age of 14 she opened a school. At the age of 19 she opened more schools for young girls. She also began writing children’s books. Although she didn't have a formal education, she was smart and mature for her age. She would study her grandfather’s Harvard books, and spoke with people who had deep knowledge. She would do her research before she taught or presented a class or project. This process helped her throughout her life.

Dorothea volunteered to teach a Sunday school class in March of 1841 at the East Cambridge Jail. When she saw the living conditions of the women inside, Dorothea took it upon herself to fight for the rights that people had when in jail and almshouses. She took the matter to the courts and won. She then started researching all of the jails and almshouses in Massachusetts, sent her argument to the Massachusetts legislature and won the battle. She continued this process until she eventually moved on to other states.

After years of fighting the battle involving human rights, Dorothea decided to take some time off in Europe. Before she knew it, she was researching the mental institutes and jails in these different European countries. She made changes in Europe in only two years. When she returned to the United States she became a nurse in the Civil War. Many other nurses thought she was mean and bossy, but she did what she had to do to take care of her wounded patients, and carry out the soldier’s requests. She was one of the last people in command to resign from the Union Army, and she was the first women to receive the United States flag in her honor.

Everywhere Dorothea traveled she was well respected because she was very caring. In 1881 Dorothea arrived in Trenton, New Jersey. She had been ill throughout her life but to busy to consider she was sick. Dorothea checked into the New Jersey State Lunatic Asylum, built of her influence. She had malaria that was incurable because it had been forming and layering for years. Dorothea Dix died in an apartment in New Jersey on July 17, 1887. She achieved many great things but she didn’t want the recognition for what she has done. She had the belief that the mentally ill had a cure, and she fought for it.

ask our community of genealogists a question.
Sponsored Search by Ancestry.com
DNA
No known carriers of Dorothea's ancestors' DNA have taken a DNA test. 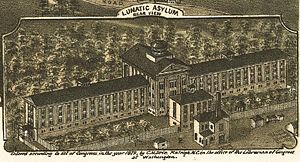 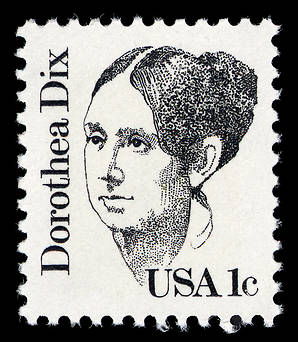