Henry was a Friend (Quaker)

Henry was the son of William Dixon and his wife Ann Gregg and was born in New Castle, Delaware in about 1695. (After William Dixon's death in 1708, his widow Ann, Henry's mother, married John Houghton. Henry Dixon was later named in John Houghton's 1720 will[1].

In the 1727 deed to his mother, he is consistently listed first in the listing of the children, so it seems likely that he was the eldest of their children.

Henry married Ruth Jones in 1715. Details are found in the records of the Kennett Monthly Meeting in Chester County Pennsylvania. They first confessed their intention to marry on April 30, 1715 (2-30-1715).

They had about ten children together.

When boundary disputes arose with Maryland in 1735, Henry was of sufficient prominence within the community to join with a number of his Quaker neighbors and relatives in signing a petition to King George II of England[2]. The petition is styled :

To George the Second, King of Great Britain, et., in Councill; The Petition of the People call’d Quakers, from their Quarterly Meeting, held at Concord the 12th day of the third month (May) 1735, comprehending all of that Profession who inhabit within the Countys of New Castle, Kent and Sussex on Delaware in America, Humbly Sheweth

In 1737 Henry was one of the founders of the new Friend's meeting at Hockessin which separated from the Kennett meeting[3].

In 1726 Henry purchased two-hundred acres in Mill Creek Hundred from Letitia Penn. He built a one-room log house. His son, Samuel Dixon inherited it in 1742, then later sold it in 1771. It was added on to many times and is today being used as an office for a Chiropractor and a massage therapist. [4] [5]

Henry and Ruth Dixon spent their entire lives in the New Castle area, but the dates of their deaths are not precisely known. Henry appears to have died in early 1740, or shortly before then. Estate proceedings were opened for him, but the contents have been misplaced, and by and large have not been located by researchers seeking them. The sole exception is the following brief item from New Castle County records: "Came into Court John Dixon one of the Executors of the Estate of Henry Dixon Decd and produced a further Amount for Quitrents paid for the real Estate of said Decd amounting to Ten pounds Five Shillings and three pence which is allowed and ordered to be placed to the Debt of the Adminion and Settled in this Court the fourth day of March 1740."

Quakers were not married by clergy, but rather took one another in marriage. They spoke their own vows and gave their own promises of loyalty and devotion to each other in a meeting for worship. Before this took place both were subjected to a careful examination and investigation by a committee chosen by the Meeting for that express purpose. Thus when young people had decided upon marriage they “laid their intentions of taking each other in marriage before ye Meeting.” A committee of two men was then appointed “to inquire into his clearness in relation to marriage with any other.” The Womens’ Meeting conducted a similar inquiry into the young woman’s clearness. Next, usually a month later, the parties appeared and requested an answer to their proposal. “Ye inspectors bringing in a good report, ye meeting leaves them to their liberty to appoint a day to accomplish their said marriage according to order.” On that day the members assembled in a Meeting for worship which was conducted in the customary manner. In due course the young couple then arose, took each other by the right hand and pledged their love and loyalty to each other in the presence of God and before the members of the meeting. A document authenticating the proceedings was then prepared, signed by the principals and witnesses, and presented to the couple. All this was meticulously recorded in the minutes of the Meeting.

Thank you to everyone who contributed to this profile (see the Changes tab for particulars). 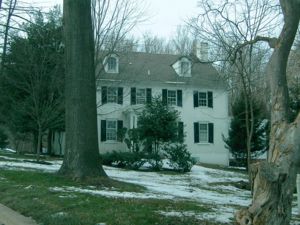 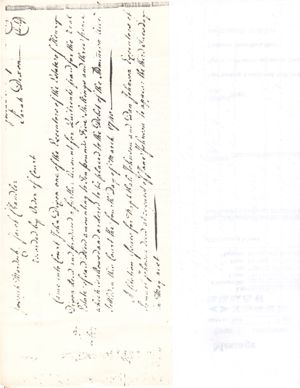 I think Henry was a Quaker. Did Newark meeting, (Newark Mt.) get to be Newark Mountain?? Thank you