Thomas was a Southern Baptist minister, playwright, lecturer, politician, lawyer, and author who wrote two early 20th-century novels (The Leopard's Spots: A Romance of the White Man's Burden – 1865–1900 in 1902 and The Clansman: A Historical Romance of the Ku Klux Klan in 1905) which glorified the Reconstruction-era Ku Klux Klan's vigilantes, romanticized Southern white supremacy and opposed the equal rights for blacks during the Reconstruction era. Film director D. W. Griffith adapted The Clansman for the screen in The Birth of a Nation (1915), which was shown by Thomas's friend and college classmate, President Wilson, in the White House and stimulated the formation of the 20th-century version of the Klan.[1]

Thomas was born in Shelby, North Carolina in 1864, the son of Rev. Thomas Jeremiah Frederick Dixon Sr. and Amanda Elvira McAfee (a sister of Leroy McAfee) and a maternal great-grandson of Whig Colonel Fredrick Hambright (American Revolution). He married his first wife, Harriet Bussey, on March 3, 1886. They were forced to elope to Montgomery, Alabama after Bussey's father refused to give his consent.l Dixon and Harriet Bussey had three children together: Thomas III, Louise, and Jordon. Harriet died on 29 December 1937, and fourteen months later, on February 26, 1939, Dixon suffered a crippling cerebral hemorrhage. Less than a month later, from his hospital bed, he married Madelyn Donovan, an actress who had played Ann Page in the film version of Dixon's 1923 novel, The Mark of the Beast, and later became his researcher, confidante, and mistress. He died in 1946 in Raleigh and is buried at Sunset Cemetery in Shelby, North Carolina.

After his graduation from Wake Forest, Dixon received a scholarship to attend the Johns Hopkins University political science program. There he met and befriended future President Woodrow Wilson (Wikipedia). In 1886 he devoted himself to the pulpit[2] and accepted a position as the pastor of Goldsboro Baptist Church.[3][4] In 1888, he moved to Boston to pastor at a Baptist church in that city, where he first experienced white Northerners.

"I was born in the South and was taught to believe that there was nothing so mean or vile as a Northerner. I actually thought that a Northerner was the most despicable being on the face of the earth. When I came North and encountered those on whom I had heard slander heaped I was surprised. A more warm-hearted, kindler class I have never met with. I firmly believe that had my father and others of my native State known you as I know you, North Carolina at least would never have seceded from the Union. Though the war left naught but a legacy of poverty, I thank God that slavery was hellward blown, and it was not eradicated by those who are to-day flaunting the bloody shirt and digging up dead issues." - Rev. Dixon, speech in Lynn, Mass (1888).[5]

Later Dixon moved to New York before eventually returning to North Carolina as a nationally known author. In 1916 he tried to erect a statue of his uncle, Confederate Colonel Leroy McAfee, on the courthouse square in Shelby, North Carolina. The project was initially met with enthusiasm from the public, until it was announced that Dixon wanted McAfee's statue to wear a Ku Klux Klan mask.[6] One of Thomas's brother, Rev. A.C. Dixon, co-edited an influential series of essays, published as The Fundamentals (1910–15), which gave Christian fundamentalism its name. Another was a teacher, physician, and Methodist minister in Cleveland County. His sister, Dr. Elizabeth Delia Dixon-Carroll, was also a physician and director of medical services, professor of physiology and hygiene, and infirmary physician of Meredith College in Raleigh. She espoused the causes of woman suffrage and youth welfare in North Carolina. 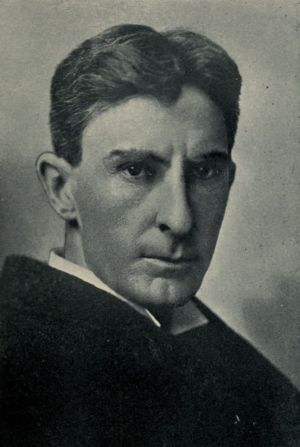