Jimmy Doolittle was awarded the Medal of Honor.

James Doolittle was the son of an adventurer, so it is natural that he himself would have an adventurous nature. Growing up in the harsh climate of Nome were he built a reputation as a tough boxer, or studying hard in the Los Angeles high school he attended before enlisting in the Flying Cadets, Doolittle was a force of energy and adventure.

Doolittle married Josephine "Joe" E. Daniels on December 24, 1917. They would remain married for over 70 years when Josephine Doolittle died in 1988.The couple had two sons. Both would grow up to become military men specializing in aviation.

After serving as a flying instructor during WWI, Doolittle went back to school and earned degrees in special engineering. Continuing his education, he would eventually receive his doctorate of science degree in Aeronautics. This specialty, rate at the time, would lead to a successful career both in the military and civilian world of aeronautics. Doolittle served as brigadier general, major and lieutenant general in WWII.

During the Second World War he would receive the Medal of Honor, the first of many, many honors he would receive in his distinguished career. The Doolittle Raid, the US retaliation of the attack on Pearl Harbor, bears the name of its brilliant Strategist. The history and men of this attack from the USS Hornet is one of the most inspirational stories of bravery I've ever heard.

James Doolittle pioneered many aeronautic feats, and is perhaps the most well known aviation general of our time. From the development of fog-equipment to tactics operations, James Doolittle devoted his life to improving the field of military aviation. In 1985 he would receive the four-star general rank.

His funeral account is one that characterized his life in the military and the way he lead. His surviving colleagues were all in attendance, and as the bombers he made so many improvements to fly over it is said there wasn’t a dry eye at the cemetery.

General James (Jimmy) Doolittle was laid to rest in Arlington National Cemetery in Virginia, next to his wife. 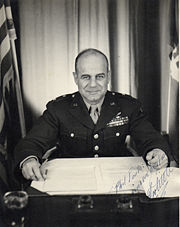 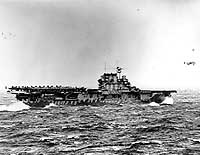 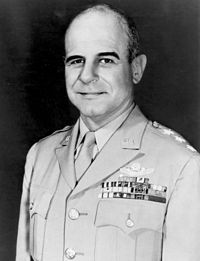 Leave a message for others who see this profile.
There are no comments yet.
Login to post a comment.
Ken Parman
Doolittle-4255 and Doolittle-1 appear to represent the same person because of the same name, dates/places.
posted Nov 03, 2020 by Ken Parman