The master version of this biography is maintained at http://www.dorneyfamilyhistory.net/famtree_web/History_dorney.pdf

Dorothy was born on 8 April 1905 in Ascot Vale, Melbourne, the first of four children to James Henry Dorney, a hairdresser and tobacconist with a sideline in illegal gambling, and Marie Louise Kiernan, a highly intelligent, educated and formidable woman.

Dorothy was a gifted pianist and her mother Marie had great plans of her becoming a concert pianist.

Dorothy first attended Saint Columba’s College in Essendon. The first mention of Dorothy in the newspaper record is in April 1915. A juvenile ball and entertainment was being held at the Essendon Town Hall in aid of the Red Cross and Dorothy was a butterfly in a fairy and butterfly ballet.

Music examination results were published in the newspaper, and we can see a steady progression, passing Primary Division in Pianoforte in 1915, Grade V Theory in 1916, Grade V with Honours in 1917, Grade IV with honours in 1918.

Piano was not Dorothy's only performing arts interest. In December 1916 Dorothy performed the Dance of the Wattle Fairies at Mrs William Greens “juvenile pupils' patriotic fancy dress ball”, dressed in a pale yellow chiffon frock with green shoes and socks and a wreath of wattle in her hair. At the same event the following year, Dorothy was a dancer in a fairy ballet. In 1918 she performed in ballet of the Pink Roses. Costumes descriptions were provided for every event.

Dorothy attended Holy Cross Convent in Daylesford in 1919, presumably boarding there. At the end of year concert she played Princess Elsa in the operetta The Golden Sickle. Dorothy would return to Daylesford in 1928, performing at a hospital fundraiser.

Dorothy received a piano scholarship to enter the Albert Street Conservatorium of Music in Melbourne in 1920. She received Honours in her first year, but only a pass in her second and third years. During her second year she performed in a concert to the Governor and Countess of Stradbroke.

At a Conservatorium concert in October 1922, her performance was described as follows, Miss Dorothy Dorney was better with one hand (in an impromptu for the left-hand alone by Frank Adlam) than with two hands (Chopin's C sharp minor waltz).

In the late 1920s Dorothy was sent to Paris to study piano at the École Normale de Musique de Paris, a school established by the famous French pianist Alfred Cortot.

Unfortunately for Dorothy, her mother accompanied her, and she did not have good memories of Paris for this reason but eventually Marie returned to Australia (via Naples) and Dorothy had some freedom, visiting Germany and England, making friends she corresponded with for some years.

She left Europe from the port of Toulon, and passed through Fremantle on the SS Orvieto on 21 Jan 1930 on her way back to Melbourne.

Dorothy married Bernard McCaffrey, a singer and performer, on 29 November 1933 in Melbourne.

Both before and after her marriage, Dorothy worked as a piano teacher.

Dorothy and Bernard had only one child together, Maureen, who was born in 1937. However, Bernard left Dorothy shortly after this and Dorothy had to raise Maureen on her own, which is not an easy task today, let alone in the 1930s.

They were divorced in September 1940, with Bernard trying to divorce Dorothy on the grounds of desertion, but it was dismissed, the court accepting Dorothy's counter claim of misconduct.

Following the separation, Dorothy initially worked nights in a theatre, and then when Maureen went to boarding school she worked for Rockmans on their switchboard, later getting a job working in the furniture shop of her maternal uncle Esmond Kiernan. When her mother Marie moved to Townsville in the 1960 to be with her son, Dorothy's brother Kiernan. Dorothy moved to Magnetic Island and stayed there for several years, only returning after Marie’s death.

Dorothy died shortly after her ninety-fifth birthday, on 19 April 2000, from complications related to a fall several months earlier. Until the time of the fall Dorothy had maintained her intelligence and sense of humour through her whole life.

ask our community of genealogists a question.
Sponsored Search by Ancestry.com
DNA Connections
It may be possible to confirm family relationships with Dorothy by comparing test results with other carriers of her mitochondrial DNA. However, there are no known mtDNA test-takers in her direct maternal line. It is likely that these autosomal DNA test-takers will share some percentage of DNA with Dorothy: 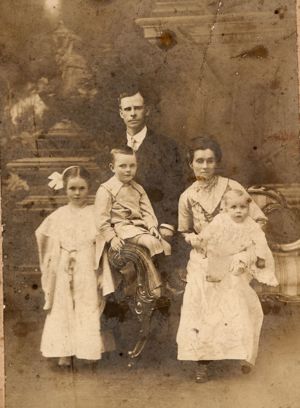 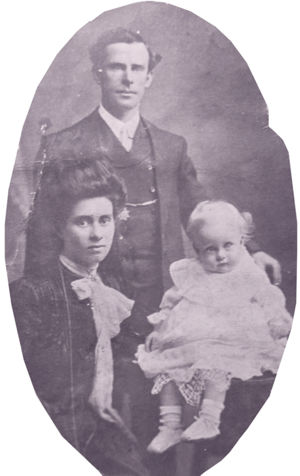 Dorothy Dorney as a young girl 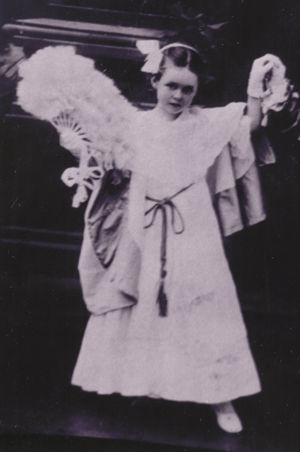