Fyodor Dostoevsky was born in 1821, the son of Dr. Mikhail Andreyevich Dostoyevsky and Maria Fyodorovna Dostoyevskaya (born Nechayeva). He passed away in 1881.

Fyodor was his parents' second child. One of his brothers had a cigarette factory. His brother Mikhail died in 1864, the same year as Fyodor's first wife, Maria.

There's a stepson ... per the Wikipedia article ... named Pasha. It is unclear whether Pasha is his brother Mikhail's stepson or Fyodor's own stepson.

Is Fyodor your ancestor? Please don't go away!

ask our community of genealogists a question.
Sponsored Search by Ancestry.com
DNA
No known carriers of Fyodor's DNA have taken a DNA test. 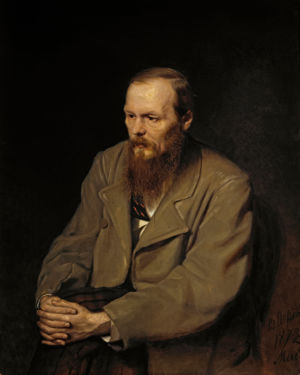