Frank Nelson Doubleday, known to friends and family as “Effendi”, founded Doubleday & McClure Company in 1897 with journalist and publisher, Walter Hines Page, which later operated under other names. Starting work at the age of 14 after his father's business failed, Doubleday began with Charles Scribner's Sons in New York.

Frank Doubleday was a native of Brooklyn, New York, the son of a hatter and his wife. Early in life, he became fascinated with the printing business. By the age of ten, he had saved up enough money to buy his own printing press.

Doubleday first married Neltje De Graff (1865-1918), who published several books on gardens and birds. They adopted a boy, Felix Doty, then had a son, Nelson, and daughter, Dorothy, together. Nelson Doubleday followed his father into the publishing business and served for years as president of the company, to be followed in 1978 by his own son, Nelson Doubleday, Jr.

ask our community of genealogists a question.
Sponsored Search by Ancestry.com
DNA Connections
It may be possible to confirm family relationships with Frank by comparing test results with other carriers of his Y-chromosome or his mother's mitochondrial DNA. However, there are no known yDNA or mtDNA test-takers in his direct paternal or maternal line. It is likely that these autosomal DNA test-takers will share DNA with Frank: 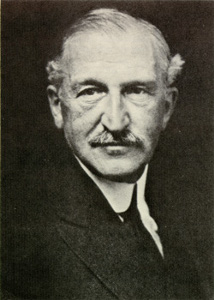 Frank is 11 degrees from Frederick Douglass, 17 degrees from Margaret Summitt and 14 degrees from Henry VIII of England on our single family tree. Login to find your connection.