Edward was born in Margaretsville, Nova Scotia, around 1832.

It is uncertain when or where he married Rebecca. The 1900 Census lists the Marriage year as 1856. Edward and Rebecca are living with their daughter Louisa and her husband at this time.[1]

According to Beck (Bartlett) Nally, "Edward was a mariner. Rebecca's grandfather was killed in a shipwreck. After Edward was in a shipwreck, they moved to Maine and later to Massachusetts."

In the 1870 Census he is listed as a Ship Carpenter.

In the 1880 Census Edward is listed as Manning and his occupation is Carpenter.[2]

He passed away at about the age of 69 in 1902 in Haverhill, Massachusetts. [3] He is buried in Newbury but there is apparently no headstone. 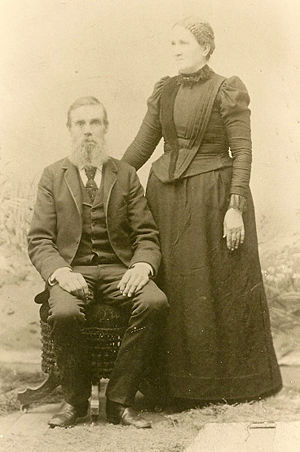