Francis Drake is Notable.
Sir Francis Drake was an Elizabethan sailor and navigator, and the first Englishman to circumnavigate the globe.

Sir Francis Drake, the celebrated admiral in Queen Elizabeth’s reign, was a son of Edmund Drake, vicar of Upchurch in Kent. His pedigree may be found in Vivian's Devonshire Pedigrees, page 299. [1]

His will states that is is of Buckland Monachorum in the County of Devon and describes himself as "Knight, General of Her Majesty’s Fleet, now in service in West Indies." [1]

His will names his wife, Dame Elizabeth, as well as his brother, Thomas Drake, Elizabeth, Thomas' wife and their children Francis and Elizabeth.

The will also names his cousin, Francis Drake, son of Richard Drake, of Esher in the County of Surrey. The will bequeathes one manor to his cousin Francis, but only if the cousin pays his brother, Thomas Drake of Plymouth in the County of Devon, gentleman, £2000. The cousin refused these terms and some litigation followed.

Drake first sailed with his cousin, Sir John Hawkins, who led a fleet of ships owned by Drake's relatives, the Hawkins family of Portsmouth. Together they made one of the first slave-trading expeditions, bringing forcibly abducted Africans to the New World and selling them into slavery. On one of these trips, a Spanish squadron trapped and attacked the fleet; only two ships survived the attack. Drake and his cousin, Hawkins managed to escape, and the Spanish became Drake's lifelong enemies.

After a number of successful voyages, Queen Elizabeth I secretly commissioned Drake to go on an expedition against the Spanish Colonies on the Pacific Coast of America. In the course of this expedition, from 1577--1580, Drake became the first Englishman to circumnavigate the Earth, and the second such trip to return with at least one ship intact.

In April 1581, Queen Elizabeth I knighted Drake aboard his flagship, the Golden Hind. Drake then adopted the armorials of Sir Bernard Drake, claiming they were related. Sir Bernard refuted Sir Francis's claim of kinship and right to bear his family's arms. Queen Elizabeth I stepped in to smooth things over, awarding Sir Francis his own coat of arms described in John Prince's 1697 Worthies of Devon as follows:

Sable a fess wavy between two pole-stars [Arctic and Antarctic] argent; and for his crest, a ship on a globe under ruff, held by a cable with a hand out of the clouds; over it this motto, Auxilio Divino; underneath, Sic Parvis Magna in the rigging whereof is hung up by the heels a wivern, gules, which was the arms of Sir Bernard Drake."

In 1580 Sir Francis used some of his wealth to buy Buckland Abbey, a large manor house near Yelverton in Devon, from Sir Richard Greynvile. Drake lived there for 15 years, until his final voyage.

Conflicts with Spain finally escalated into war. In 1588, Drake was vice admiral in command of the English fleet that defeated the mighty Spanish Armada. After this crowning achievement of his seafaring career, Drake's 1595 campaign against Spanish America was disastrous. He suffered several defeats, including losing the Battle of San Juan. Spanish gunners from El Morro Castle shot a cannonball through the cabin of Drake's flagship. He survived that attack, but a few weeks later, in January 1596, he died of dysentery while anchored off the coast of Protobelo, Panama. His cousin, John Hawkins, died at the same time. Both men were then buried at sea.

Appendix: Will of Sir Francis Drake

Being now called unto action by her majesty wherein I am to hazard my life as well in the defense of Christ’s Gospell as for the good of my Prince and County. To the poor people of the town and parish of Plymouth forty pounds. To Dame Elizabeth, my wife, furniture, etc. in my mansion house of Buckland and (a certain estate) for life: then to my brother Thomas Drake. To Thomas also, a certain messuage or tenement in the High Street, within the Borough of Plymouth, now and in the tenure or occupation of the said Thomas, to hold for four score and ten years, if the said Thomas Drake, Elizabeth his wife, and Francis and Elizabeth, their children or any of them, so do happen to live.

His will proved 17 May 1596 states that he is of Rockland Monachorum in the County of Devon and describes himself as "Knight, General of Her Majesty’s Fleet, now in service in West Indies." His will names his wife, Dame Elizabeth, as well as his brother, Thomas Drake, Elizabeth, Thomas' wife, and their children Francis and Elizabeth. The will also name's his cousin, Francis Drake, son of Richard Drake, of Esher in the County of Surrey. The will bequeaths one manor to his cousin Francis, but only if the cousin pays his brother, Thomas Drake of Plymouth in the County of Devon, gentleman, £2000. The cousin refused these terms and some litigation followed. Ref. Probate 1596 Drake, Sir Francis, Buckland monachorum, Devon Sentence 48 Drake.[4]

ask our community of genealogists a question.
Sponsored Search by Ancestry.com
DNA
No known carriers of Francis's ancestors' DNA have taken a DNA test. 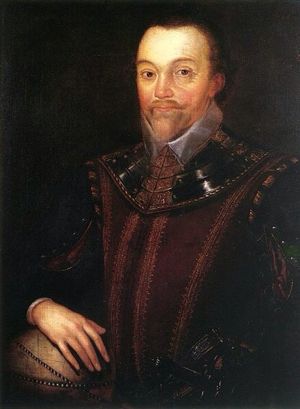 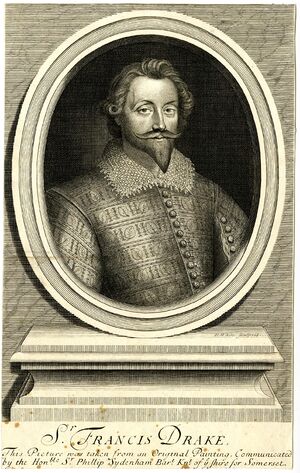 Jo Fitz-Henry
Hello David and Joseph, the England Project would like to co-manage this profile with you due to Sir Francis' historical significance for England. You are welcome to stay on as either a PM or on the Trusted List. Would you please add

Ros Haywood
I have edited the 'Plymouth' category to show 'Plymouth, Devon', as this already exists

Ros, visiting from the Categorization Project

Extensive research has been conducted by Drake society member Susan Jackson on Drake's family tree. Therefore, we are prepared to assist the serious researcher in this area. However, we wish to emphasise our opposition to those claiming to be descended from Sir Francis Drake. Our view is based upon the following facts.

It is impossible for anybody to be descended from Sir Francis Drake. Although he was married twice, he did not produce any children. Furthermore, there is no evidence whatsoever, of any illegitimate issue. Descent from his brother Thomas could be possible but highly remote. Thomas only fathered two children and the direct male line died out in the 18th century. continued http://www.indrakeswake.co.uk/Society/descendants.htm