Charles Richard Drew (June 3, 1904 – April 1, 1950) was an American physician, surgeon, and medical researcher. He researched in the field of blood transfusions, developing improved techniques for blood storage, and applied his expert knowledge to developing large-scale blood banks early in World War II. This allowed medics to save thousands of lives of the Allied forces.

Drew was born in 1904 into an African-American middle-class family in Washington, D.C. His father, Richard, was a carpet layer and his mother, Nora Burrell, was a teacher. In 1939, Drew married Minnie Lenore Robbins, a professor of home economics at Spelman College whom he had met earlier that year. They had three daughters and a son. His daughter Charlene Drew Jarvis was the president of Southeastern University from 1996 until 2009. Charles was described as six feet tall with hazel eyes, brown hair, and a light complexion. [1]

Drew died at Alamance General Hospital in Burlington, North Carolina after an auto accident. Drew's death was not the result of his having been refused a blood transfusion because of his skin color. Drew's funeral was held on April 5, 1950, at the Nineteenth Street Baptist Church in Washington, D.C. 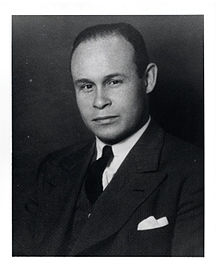