Alfred Dreyfus was a French artillery officer of Jewish background whose trial and conviction in 1894 on charges of treason became one of the most tense political dramas in modern French history. Known today as the Dreyfus Affair, the incident eventually ended with Dreyfus' complete exoneration, due to the persistance of Georges Picquart and Emile Zola.[1]

Sponsored Search by Ancestry.com
DNA
No known carriers of Alfred's DNA have taken a DNA test. 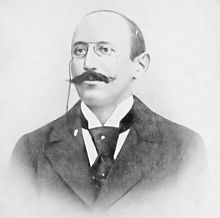 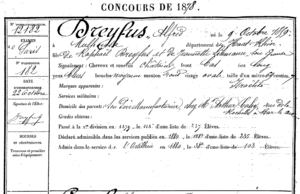 Alfred is 23 degrees from Donald Howard, 18 degrees from Julia Howe and 19 degrees from Henry VIII of England on our single family tree. Login to find your connection.