W. E. B. (DuBois) Du Bois was awarded the Spingarn Medal for founding and calling the Pan-African Congress.

W. E. B. Du Bois was an American sociologist, historian, civil rights activist, Pan-Africanist, author, and editor. He was a founding member of the Niagara Movement and the National Association for the Advancement of Colored People. It was at his suggestion that the more inclusive "Colored" became part of the name.[1]

He was born in Great Barrington, Massachusetts, on 23 February 1868, a son of Alfred Dubois, a barber from Haiti and Mary Silivina Burghardt, of Massachusetts.[2] In about 1932, he sketched a genealogical pedigree for himself, his daughter, and his grand-daughter. He identified his father as Alfred Du Bois, whose father, Alexander Du Bois, had a white father, Dr. James Du Bois, and a mulatto mother. He showed James Du Bois as a descendant of the French Huguenot Louis Du Bois, but did not show a line of descent from him. He showed his mother, Mary Burghardt, as daughter of Othello Burghardt, granddaughter of Jack Burghardt, a Negro man, great-granddaughter of Tom Burghardt, a Negro man who served as a Revolutionary War soldier, and great-great granddaughter of a "Slave of Dutch." He showed Mary's mother as Sarah Lampman, a Dutch mulatto.[3]

In 1895, Booker T. Washington, scientist and universally respected head of the Tuskegee Institute, announced his "Atlanta Compromise" agreement of Black submission to white segregationist policies in exchange for access to basic education and justice. From 1897 through 1910, Du Bois was a professor of history and economics at Atlanta University,[1][6] (now Clarke Atlanta University). A brutally ghastly lynching of a Black man near Atlanta in 1899 spurred Du Bois to rethink his initial support of Washington's compromise and become more involved in activism. He started the Moon Illustrated Weekly, the first African-American illustrated weekly, and two years later, The Horizon: A Journal of the Color Line.[1]

In 1910 Du Bois resigned his professorship and moved to New York to edit The Crisis, the monthly news magazine of the NAACP, which he did for over twenty years.[1][8][9] He continued that work but had moved to Manhattan by 1925,[10] where he and his family remained at least through 1930.[9]

He was working on his Encyclopedia Africana when he died at age 95 on 27 August 1963 in Accra, Ghana. His body and his second wife's ashes were re-interred at their former home after it became the Du Bois Memorial Centre for Pan African Culture, in Accra, Ghana.

ask our community of genealogists a question.
Sponsored Search by Ancestry.com
DNA
No known carriers of W. E. B.'s DNA have taken a DNA test. 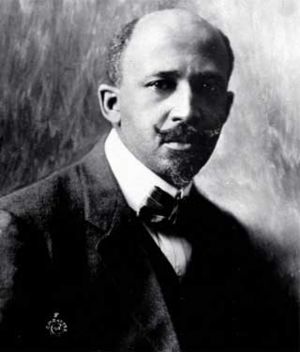 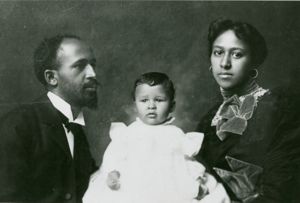 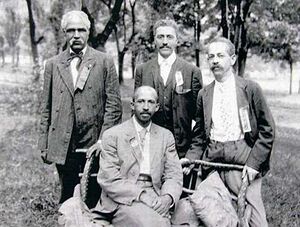 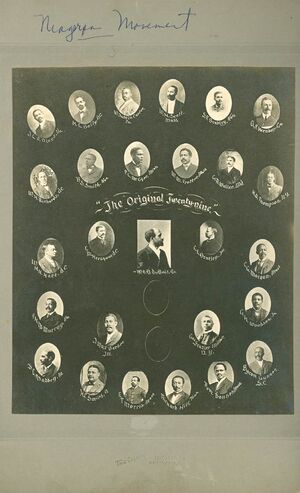