Edmund Dudley Esq was a member of aristocracy in England.

Different sources give Edmund's birth year as 1462 or 1471/2. He was the son of John Dudley of Atherington, Sussex, and Elizabeth Bramshot.[1] He was sent to Oxford in 1578 and then he studied law at Gray's Inn. He was politically very active during the reign of Henry VII, for whom he was a Privy Councillor when he was quite young, supposedly only 23. in 1504, he was chosen Speaker of the House of Commons.

He benefited financially from his political posts, being quite greedy. After Henry VII died in April 1509, Edmund was imprisoned by Henry VIII. He was attainted in January 1509/10, which removed any special privileges he would have in a court of law. While in prison, he wrote a political allegory, "Tree of Commonwealth," a treatise in favor of absolute monarchy, apparently trying to curry the favor of the King, however the King never saw it. Edmund was executed for treason on August 18, 1510. You can read more about Edmund's execution HERE.

Edmund married twice. First, in about 1494, he married Anne, the daughter of Thomas Windsor, and the widow of Roger Corbet. (Her brother Andrew became the 1st Baron Windsor.) She died soon after the birth of their only child, a daughter Elizabeth, who was born about 1500.[2]

His second marriage was to Elizabeth Grey, the daughter of Edward Grey, Viscount Lisle. They had three sons: John (who was executed in 1553 by Queen Mary I), Andrew and Jasper/Jerome.

ask our community of genealogists a question.
Sponsored Search by Ancestry.com
DNA
No known carriers of Edmund's DNA have taken a DNA test. 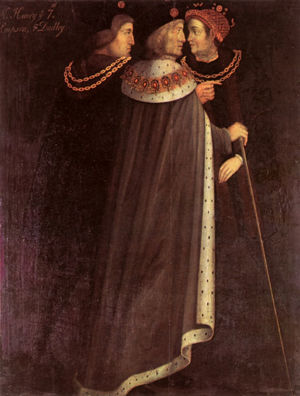 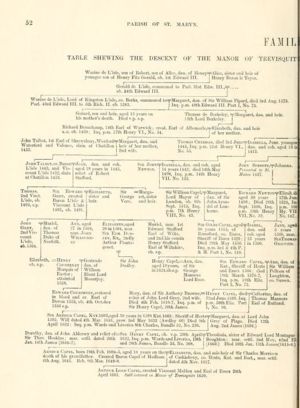 Vic Watt
The only mention I can find to a son Simon is as an illegitimate son. Do you have a good source?
posted Jan 09, 2015 by Vic Watt

Categories: People Executed by the Tudors | Bramshott, Visitations of Sussex, 1530 and 1633-4