Father of Catharine (Dufour) Jones and Marie Dufour
Died before 1900 in Michigan, USA

Pierre was born about 1790 in Montreal, Quebec. "Peter", a self proclaimed american of french descent who fought in the War of 1812 and housed his wife and two daughters across the river from Fort Malden. In her famous newspaper interview Catharine accounts for his remarrying in roughly the same year as her first and only marriage, record stating 1834. However the interview also mentions that after her mothers death in approx 1814 she was given to a paternal grandmother who passed her on to a local young family. She was then separated from her father until seeing him again in Detroit as an adult. Peter last saw his daughter in 1832 at the Eagle Hotel in Detroit. He announced his plans to remarry and go north for work. He passed away sometime before 1900.

ask our community of genealogists a question.
Sponsored Search by Ancestry.com
DNA Connections
It may be possible to confirm family relationships with Pierre by comparing test results with other carriers of his Y-chromosome or his mother's mitochondrial DNA. However, there are no known yDNA or mtDNA test-takers in his direct paternal or maternal line. It is likely that these autosomal DNA test-takers will share some percentage of DNA with Pierre: 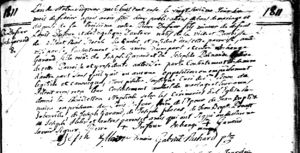