"Stanley Ann Dunham (November 29, 1942 – November 7, 1995) was the mother of Barack Obama, the 44th President of the United States, and an American anthropologist who specialized in economic anthropology and rural development.[1]

Stanley Ann Dunham was born November 29, 1942 in Wichita, Kansas, as the only child of Stanley Armour Dunham (1918-1992) and his wife Madelyn Lee Payne. [3] She spent her childhood in California, Oklahoma, Texas and Kansas, her teenage years in Mercer Island, Washington, and most of her adult life in Hawaii and Indonesia.[4]

She was of predominantly English ancestry, with some German, Swiss, Scottish, Irish, and Welsh ancestry.[5] Wild Bill Hickok is her sixth cousin, five times removed.[6] Ancestry.com announced on July 30, 2012, after using a combination of old documents and yDNA analysis, that Dunham's mother may have been descended from African John Punch, who was an indentured servant/slave in seventeenth-century colonial Virginia.[7][8]

She was an American anthropologist who specialized in economic anthropology and rural development.[1]

Dunham studied at the East–West Center and at the University of Hawaii at Manoa in Honolulu, where she attained a bachelor's of anthropology [9] and master's and PhD in anthropology.[10]

Interested in craftsmanship, weaving and the role of women in cottage industries, Dunham's research focused on women's work on the island of Java and blacksmithing in Indonesia. To address the problem of poverty in rural villages, she created microcredit programs while working as a consultant for the United States Agency for International Development. Dunham was also employed by the Ford Foundation in Jakarta and she consulted with the Asian Development Bank in Gujranwala, Pakistan. Towards the latter part of her life, she worked with Bank Rakyat Indonesia, where she helped apply her research to the largest microfinance program in the world.[10]

In an interview, Barack Obama referred to his mother as "the dominant figure in my formative years ... The values she taught me continue to be my touchstone when it comes to how I go about the world of politics." [11]

While attending a Russian language class, Dunham met Barack Obama, Sr., the school's first African student.[12][13]At the age of 23, Obama Sr. had come to Hawaii to pursue his education, leaving behind a pregnant wife and infant son in his home town of Nyang'oma Kogelo in Kenya. Dunham and Obama Sr. were married on the Hawaiian island of Maui on February 2, 1961, despite parental opposition from both families.[11][14]Dunham was three months pregnant. [11][15] Obama Sr. eventually informed Dunham about his first marriage in Kenya but claimed he was divorced. Years later, she would discover this was false. [13]

Dunham filed for divorce in January 1964, which Obama Sr. did not contest.[15]

"It was at the East–West Center that Dunham met Lolo Soetoro,[17] a Javanese [10] surveyor who had come to Honolulu in September 1962 on an East–West Center grant to study geography at the University of Hawaii. Javanese often have only one name. "Lolo" was a nickname given to Soetoro in childhood. Soetoro graduated from the University of Hawaii with an M.A. in geography in June 1964. In 1965, Soetoro and Dunham were married in Hawaii, and in 1966, Soetoro returned to Indonesia. Dunham graduated from the University of Hawaii with a B.A. in anthropology on August 6, 1967, and moved in October the same year with her six-year-old son to Jakarta, Indonesia, to rejoin her husband.[18]"

In August 1972, Dunham, with the help of her employer (LPPM), obtained an Asia Foundation grant to begin graduate study in anthropology at the University of Hawaii at Manoa.[19] She and her daughter moved back to Hawaii where they rejoined Obama. [19]

She died November 7, 1995 (aged 52) in Honolulu, Hawaii, United States of Uterine cancer. Her ashes were scattered into the Pacific Ocean off Koko Head, Oahu, Hawaii.

President Obama talked about Dunham's death in a 30-second campaign advertisement ("Mother") arguing for health care reform. The ad featured a photograph of Dunham holding a young Obama in her arms as Obama talks about her last days worrying about expensive medical bills.[20] The topic also came up in a 2007 speech in Santa Barbara:[20]

"I remember my mother. She was 52 years old when she died of ovarian cancer, and you know what she was thinking about in the last months of her life? She wasn't thinking about getting well. She wasn't thinking about coming to terms with her own mortality. She had been diagnosed just as she was transitioning between jobs. And she wasn't sure whether insurance was going to cover the medical expenses because they might consider this a preexisting condition. I remember just being heartbroken, seeing her struggle through the paperwork and the medical bills and the insurance forms. So, I have seen what it's like when somebody you love is suffering because of a broken health care system. And it's wrong. It's not who we are as a people.[20]

After her son was elected President, interest renewed in Dunham's work: The University of Hawaii held a symposium about her research; an exhibition of Dunham's Indonesian batik textile collection toured the United States; and in December 2009, Duke University Press published Surviving against the Odds: Village Industry in Indonesia, a book based on Dunham's original 1992 dissertation.

Posthumous interest has also led to the creation of The Ann Dunham Soetoro Endowment in the Anthropology Department at the University of Hawaiʻi at Mānoa, as well as the Ann Dunham Soetoro Graduate Fellowships, intended to fund students associated with the East–West Center (EWC) in Honolulu, Hawaii.[21]

In December 2010 Dunham was awarded the Bintang Jasa Utama, the highest civilian award in Indonesia.[22]

Sponsored Search by Ancestry.com
DNA Connections
It may be possible to confirm family relationships with Ann by comparing test results with other carriers of her mitochondrial DNA. However, there are no known mtDNA test-takers in her direct maternal line. It is likely that these autosomal DNA test-takers will share some percentage of DNA with Ann: 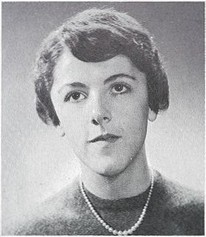 President Obama with Mother and family 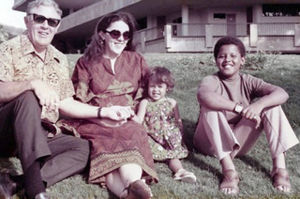 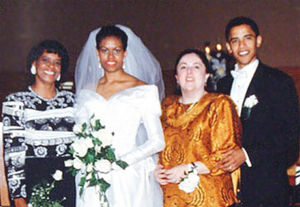 Robin Lee
Most women do not change their names when their husband's die, they continue to use their married name. In this case, her Obituary refers to her as Ms. Soetoro.
posted Aug 05, 2016 by Robin Lee

Meg McGowan
Ann Dunham is not the mother of Bernard Obama. If Bernard is the son of Barack Obama Sr., it is because he is the son of Mr. Obama's first wife.
posted Nov 06, 2015 by Meg McGowan

Robin Lee
Dunham-877 and Dunham-4 appear to represent the same person because: same dates, name was incorrect and was in an incorrect lineage
posted Aug 01, 2015 by Robin Lee