José Maria de Eça de Queirós (written at that time as Joze and Queiroz), commonly known just as Eça de Queirós, was born in Póvoa de Varzim, Portugal on the 25th of November 1845.[1][2] He was the natural son[3] of José Maria de Almeida Teixeira de Queirós and Carolina Augusta Pereira d'Eça.[1][2][4] José was baptized on the 1st of December 1845 in the Vila do Conde Mother Church, in Vila do Conde. Nobody from his family attended his baptism.[5] His wet nurse, Anna Joaquina Leal de Barros, was the godmother,[4] while the godfather is simply described as the Lord of the Afflicted.[1] Raised by his paternal grandparents and his Godmother[4] in the small coastal town of Verdemilho, he attended school in Oporto.[3]

Eça de Queirós started his college education at an early age, attending the University of Coimbra to study law when he was sixteen.[2] He was well traveled and later considered to be a cosmopolite. Using his skills in the law he worked as a municipal administrator in Leiria, in the Portuguese consular,[3] and eventually became the Portuguese consul-general in Paris.[2] Though his early books were considered provocative and risque, his personal life was more traditional. Eça married Emilia de Castro Pamplona Resende in 1886, at the age of forty. This marriage allowed him to mingle with prominent aristocratic families.[3] Eça and Emilia had two children; a son and a daughter.[3][6]

Not charmed by English society, Eça de Queirós was fascinated by their oddities and read widely of their literature. His own literary works were many, starting with O Mistério da Estrada de Sintra ("The Mystery of the Sintra Road") when he was twenty-five. At the age of forty-three he finished a series called Scenes from Portuguese Life which took him nearly a decade to complete.[3] Some of his works were published post-humously and his total anthology eventually translated into about twenty languages (though some are poor translations).[7] Eça de Queirós is still considered (in Portugal and Brazil) to be 'one of the greatest Portuguese novelists.'[2]

Joze Maria natural son of Joze Maria de Almeida Teixeira of Queiroz and unknown mother: the paternal grandson of Joaquim Joze Queiroz and his wife (Dona) Theodora Joaquina de Almeida Queiroz, born on the twenty-fifth of November 1845; (and) on the first of December I (the Reverend Pedro Antonio da Silva Coelho, within my jurisdiction,) solemnly baptized him in this Mother Collegiate Church of Vila do Conde, and anointed him with the Holy Oils: the Godparents were the Lord of the Afflicted, sprinkling with splendour the same baptizer, the Godmother Anna Joaquina Leal de Barros, married to Antonio Fernandes do Carmo: I declare I wrote this term (seat/record) without the signature of the father who is away in Ponte do Lima, and I was presented with a letter written by him, dated from that town on the date of the 18th of November, in which he expressively recommends what above is written, and because of that, this term remains, which I sign, the date as it was written above.

The Prior Domingos da Soledade Sillos

Is José Maria your ancestor? Please don't go away!

ask our community of genealogists a question.
Sponsored Search by Ancestry.com
DNA
No known carriers of José Maria's ancestors' DNA have taken a DNA test. 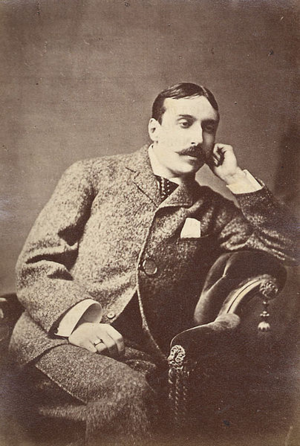 Mindy Silva
Thanks Filipe! That will be a great addition to the profile.
posted Sep 13, 2019 by Mindy Silva
Filipe Barroso
The baptismal record has a associated letter from the father that might be of value. I will try to transcript if if I can. The writing was extremely confusing at first, but thanks to Mindy, I'm starting to make sense of it, though some parts remain a bit confusing.
posted Sep 13, 2019 by Filipe Barroso