Ralph "Dale" Earnhardt knew from a very early age that he would grow up to be a race car driver. He spent his youth in Kannapolis, North Carolina watching his father race in stock car events. His father tried to discourage his son from racing, but the passion was in his blood, and he gave up school to devote himself to working to make enough money to support racing.

Dale worked full time welding and mounting tires and when the opportunity arose, racing on weekends in hobby-class cars. In late 1960s and the 1970s he raced in area short tracks and made occasional Winston Cup Grand National starts during the 1970s, working his way up the ladder of success.

Earnhardt had a more difficult time being lucky in love and suffered a string of failed marriages that began at the young age of seventeen when he married his first wife, Betty Latane Brown. They were only married a short time before divorcing.

In 1971, Earnhardt married his second wife, Brenda Gee. Not long after the birth of a their son Dale and Brenda divorced.

Despite a tumultuous private life, Dale Earnhardt became a decorated champion on the racing circuit. With wins, awards and records too numerous to count. A 1998 Daytona 500 win, one that took him twenty attempts to capture, seemed to further distinguish him in the history books as a top-notch driver.

Earnhardt added to his legacy in 1998 when NASCAR honored him and his father Ralph as two of the 50 Greatest Drivers in NASCAR history.

Dale Earnhardt is famous amongst fans of the Winston Cup Series (or Sprint Cup Series as its now called). His aggressive driving style earned him the nickname "The Intimidator." To those who follow racing and those who don't, the #3 Black car is a symbol of the distinguished driver.

When Earnhardt died in a last-lap crash during the 2001 Daytona 500 race fans and families across the US were grief stricken over the loss of their beloved driver.

Earnhardt has a street in his hometown of Kannapolis named after him and, one of the entrances to Texas Motor Speedway, is named "Dale Earnhardt Way." A fitting tribute to a man that lived to be on the road. A memorial statue erected in his memory can also be seen, at the Daytona USA museum in Florida.

A look at all the beautiful tributes to this racing legend can be found at the Dale Earnhardt Official Site.


Memories: 1
Enter a personal reminiscence or story.
Carolyn (Bobola) Murphy
“It, obviously, doesn't seem like five years. You know, it's good that he's still on people's minds. People still miss him. I still like to see the (No.) 3 stickers in the back of everybody's pickup truck and stuff like that.” 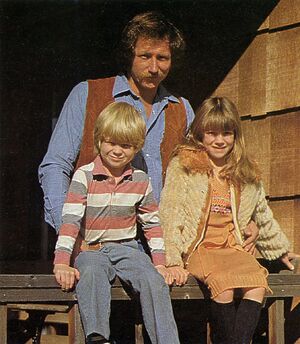