SAMUEL EDISON, JR., was born in Digby, Nova Scotia, his father's family having moved from New Jersey when the father, Samuel, Sr., was a lad.

When Samuel Ogden Edison, son of Captain Samuel Edison, reached the age of twenty-four in 1828 he married (1) Nancy Elliott.

By the time of the Rebellion of 1837, Samuel Edison, Jr., was a hotel proprietor in Vienna, Upper Canada (Ontario, Canada). When the rebellion broke out, he joined the Mackenzie insurgents and became a captain. When the insurgents' cause was defeated, he found the country too hot for him and so left with his wife and fled to the United States, where he wandered about for two years. In 1842 he settled down in Milan, Ohio, where his son, Thomas Alva Edison, was born.

He lived in Ohio until 1852.[1] Then he returned to Michigan and took up a permanent residence at Port Huron.[2] He had learned the tailor's trade, but later entered commercial life, and engaged consecutively in the grain, comission, lumber, nursery, and land businesses. He was associated with Mr. G. W. Halfman, a chemist, in the manufacture of laundry and toilet soaps, baking powders, flavoring extracts, etc., their manufactory being known as the "Fidelity Chemical Works." He was a man of fertile resources and of great energy of character; hence he readily obtained a competency. Besides, he was a man of much intelligence, and for many years held the office of a magistrate.

His advanced age finally brought its attendant weakness, and while en route to Ft. Myers, Fla., his son's winter residence, he died at the home of his niece, Mrs. Poyen, at Norwalk, O. He was buried at Port Huron, Mich., his old home. 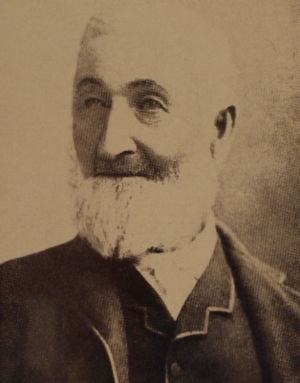