Major Samuel Eells
Born about 1 May 1640 in Dorchester, Suffolk, Massachusetts

In 1677 he was one of a committee to transcribe the "Old books." He held many local offices, was frequently a member of the General Court, and prominent in military affairs. He appears to have been a weaver.[2]

The Indians that captured Samuel in Dartmouth were "carried away to Plymouth, there sold, and transported out of the country, being about eight-score persons."[3]

He was for many years a resident of Milford, Conn., but removed to Hingham probably about 1689.

On Aug. 22 1689, Samuel married Mrs. Sarah North, widow of Edward North of Boston. Sarah was the daughter of John and Hannah (____) Bateman and widow of John North. At this time he removed to Hingham. In 1700 he was "Major." In 1705 he was deputy to the General Court. The town records say:

In 1705 he purchased of Caleb Bate nine acres of land, meadow and orchard, on Town St. (between the present residences of William O. Lincoln and Kufus Lane on South St.). Samuel while a resident of Hingham was by occupation "merchant." He also was a magistrate ; selectman 1695 ; representative 1705 and 1706, and kown as "Major Eells." He had been in command of a garrison at Ponagansett (Dartmouth) in Philip's War, 1676, and without doubt was a man of ability as well as of good education.

He died in 1709, about 69 yrs. His residence in Hingham, according to our tax-lists, was on Fort Hill St. His widow removed to Scituate after his decease. Of the eight or more children of Major Eells I know but little. They probably were by his first wife, and born before he came to Hingham. It is reasonable, however, to suppose that the subjoined were of this farm, for I know of no other person of the name in Scituate at that time, who would have had children old enough to marry. [4]

Aug. 3, 1713, widow Sarah Eells of Scituate sells to George Bramhall, "currier," of Hingham, "my house and land:" north by the Town St., east by Caleb Bate; sout by Daniel Cushing, and west by Samuel Thaxter, etc.

Sarah died 2 Nov. 1738, about 70 yrs. possibly in Scituate where she lived with Rev Nathaniel Eells. 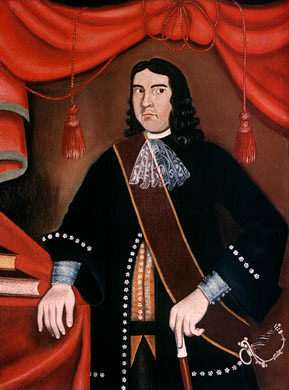 Leave a message for others who see this profile.
There are no comments yet.
Login to post a comment.
John French Ph.D.
Is there any evidence that any of the children of this family were born at Milford, Connecticut? If not, their birthplaces should be removed, or edited to the correct location(s).
posted Jul 07, 2020 by John French Ph.D.
Whitney Rapp
Ells-322 and Eells-5 appear to represent the same person because: appear to be the same
posted Oct 03, 2018 by Whitney Rapp

Shannon Forsmark
Eells-5 and Eells-40 appear to represent the same person because: WikiTree is showing Anna (Lenthal) Eels married to both of these. I am sure they are the same Samuel Eells
posted Aug 04, 2014 by Shannon Forsmark