After the death of Aaltje Wigeri van Edema on (8 January 1886) Christiaan married on 21 July 1888 with Bertha Julie Louise van der Kemp. One son was born out of this marriage.

Christiaan Eijkman died in Utrecht on November 5, 1930, after a long illness. 72 years old.

In the 1870s, an epidemic struck Indonesia. Indonesia was a Dutch colony at the time, and the beriberi epidemic worried colonial officials so much that the Dutch Army set up a research institute in Batavia, on the island of Java, to find out what was causing the epidemic and how to fight it. And in 1886, they sent a young Dutch Army surgeon named Christiaan Eijkman, who had joined the Army on the promise that they would pay his way to medical school in return for a few years' service as an Army doctor in the East Indies (the Dutch colonies which included Java).

Debilitating malaria symptoms had forced his return to Europe after the first two years. When he returned to Java in 1886, Eijkman was fresh from two years of study under bacteriologist Robert Koch, who had discovered the bacterium that causes tuberculosis. Eijkman had been fascinated by the idea of finding the microbes that caused human illness, and it was that prospect that drew him back to Java, despite his lingering malaria and the painfully recent loss of his wife earlier that year. (Batavia turned out to be a positive move for Eijkman, who remarried in 1888 to Bertha Julie Louise van der Kemp, around the same time he became director of the research institute there.)

His predecessors at the research institute had found microbes in the bodies of dead beriberi victims, which they and Eijkman thought might be the culprit behind the epidemic. He initially started by injected test animals with microbes from beriberi victims, but a chance discovery of the effect of variable rice feed for the test chickens led to a non-microbial cause hypothesis. Although initially he continued to pursue a pathogenic cause, thinking differences in rice types and preparations impeded the development of the suspected microbes.

By 1895, with the epidemic still raging, he realized it was time to see how all this played out in human patients, so he did another round of experiments, this time of the "wildly unethical by modern standards" variety. Specifically, he tested the effects of diet on inmates in Java's prisons. As expected, prisoners who ate mostly polished white rice were more likely to develop beriberi. It was Eijkman's successor, Gerrit Grins, who realized the problem wasn't anything in the rice grains -- it was simply that the body needed something that was in the husks, and without it, things started breaking down. That was a pretty novel idea in European circles at the time; people knew that it was important to get more or less the right balance of carbohydrates, fats, proteins, and salts, but no one had realized yet that other chemicals (which we now call vitamins) also played an important role in keeping the body healthy and functional.

On the other hand, around the time Eijkman was on his way back to Java in 1886, a Japanese naval doctor named Takaki Kanehiro realized that sailors who got barley, vegetables, fish, and meat were less likely to suffer from beriberi -- or kakke, as it was known in Japan -- than those who ate mostly rice. He proved his point, and the Japanese Navy issued regulations for proper diets at sea -- and the Emperor of Japan made Takaki a baron. Takaki didn't share Eijkman's 1929 Nobel Prize in Medicine, however, and neither did Grinjs nor the team that finally isolated the compound itself, now called thiamine or Vitamin B1, in 1926.

Eijkman's son Peter Hendrik was born during his time in Java studying the causes of Beriberi; Peter also grew up to be a doctor.

Entered by Enoch Stuivenberg on 5 Nov 2018.
With special thanks to Santino Rocca for bringing this person to Wikitree and as a co-editor.

Is Christiaan your ancestor? Please don't go away!

ask our community of genealogists a question.
Sponsored Search by Ancestry.com
DNA
No known carriers of Christiaan's DNA have taken a DNA test. 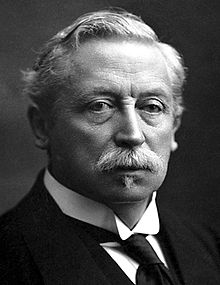 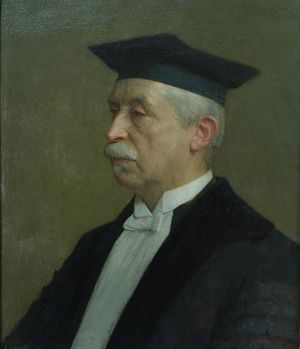