His parents Abraham Einstein and Helene Moos married in Buchau in April of 1839. The family was non-practicing Jews. They had six children.[2]

Hermann's secondary education was obtained in Stuttgart, Germany. He was a good student with a gift for mathematics, among other subjects. Due to the lack of funds available to him and his family, he was unable to obtain a higher education. He thereafter became a merchant in Stuttgart.

He married Pauline Koch in Cannstatt, Württemberg, on 8 August 1876.[3] On the insistence of his brother Jakob, the family moved to Munich in the summer of 1880. Hermann and Jakob founded an electrical engineering company there. Hermann continued his employment at the new company as the merchandiser. Jakob was the technician in the company.

After losing out on a large contract because they did not have the funds to invest in AC current versus the DC current they employed at their factory, they moved to Pavia, Italy in 1894. Hermann forced his son, Albert, to stay with relatives in Munich to complete his education there.

Hermann later founded another electrical engineering company in Milan without his brother, with financial support from his wife's relatives. Although this company was profitable, his health began to suffer in the last years due to worries about his finances. He died of heart failure on October 10, 1902 at the age of 55 in Milan.

Although Hermann was supportive of his son, Albert's, career, he was a very stern father with Albert, who was a free thinker who questioned the establishment. It was Albert's mother and her family who financially supported Albert's education.

Is Hermann your ancestor? Please don't go away!

ask our community of genealogists a question.
Sponsored Search by Ancestry.com
DNA
No known carriers of Hermann's DNA have taken a DNA test. 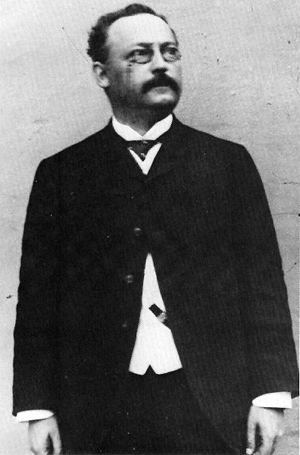