Dwight David "Ike" Eisenhower (14 October 1890 – 28 March 1969) was the 34th President of the United States from 1953 until 1961. He had previously been a five-star general in the United States Army during World War II, and served as Supreme Commander of the Allied Forces in Europe; he had responsibility for planning and supervising the invasion of North Africa in Operation Torch in 1942–43 and the successful invasion of France and Germany in 1944–45, from the Western Front. In 1951, he became the first supreme commander of NATO.

Eisenhower was of Pennsylvania Dutch ancestry, and was reared in a large family in Kansas, by parents with a robust work ethic and religious background. As one of six sons, he was conditioned by a competitive atmosphere which instilled self-reliance. He attended and graduated from West Point, and later was married with two sons. After World War II Eisenhower served as Chief of Staff under President Harry S. Truman, then assumed the post of President at Columbia University.


Memories: 5
Enter a personal reminiscence or story.
Raymond Dotson
On election night, 1952, I was living in the dormitory at Morehead State College in Kentucky. We had no TV. That evening I called the Operator to inquire about election results. She kept me on the line while she called an Operator in DC and then informed me that Eisenhower had been elected.

We chatted for some minutes. I liked her voice! After calling her nightly a few more times, I asked for a date. We were Wed on 19 July of '53. We both feel that "Ike" had a hand in our meeting and, consequently, our marriage of 65 Marvelous years.

posted 10 Apr 2019 by Raymond Dotson   [thank Raymond]
Ken Wise
My Grandmother's Brother, Chester McKinley Shaffer was his chauffeur in Pearl Harbor, when President Eisenhower was a General. Ironically, their families grew up near each other in several different counties of PA in several different generations and then branches of our family even wound up in Kansas, near the Eisenhowers. All completely by chance. I'm sure that they or their families never knew each other before that.

- Proud to be PA German.

posted 26 Dec 2016 by Ken Wise   [thank Ken]
Renee Malloy Esq
"I LIKE IKE" was the popular campaign slogan on buttons. Even though my family adored his opponent Stevenson, IKE was well respected because he ran the US forces during WWII. We are 18th cousins.
posted 11 May 2015 by Renee Malloy Esq   [thank Renee]
Jacqueline Clark
Dwight David Eisenhower 34th President and Richard Milhous Nixon 37th President are 18th cousins 1 time removed.
posted 4 Mar 2014 by Jacqueline Clark   [thank Jacqueline]
Becky (Nally) Syphers
General Eisenwower was nominated for president at the Republican National Convention in 1952. I was in third grade at the time. The convention was televised. My Grandfather parked himself on our battered sofa that week to watch the convention. It was exciting. Band playing special songs for states, lots of flat signs waving and rectangular boxes on sticks with state names bouncing up and down. "Ike" won on the first ballot.

"Ike" was very popular in our neighborhood. We chanted on the school bus "Eisenhower is in White House waiting to be elected. . . Later I learned that his opponent, Stevenson, too, was a worth candidate and a great American.

posted 12 Nov 2012 by Becky (Nally) Syphers   [thank Becky]
Login to add a memory.
Sponsored Search by Ancestry.com
DNA Connections
It may be possible to confirm family relationships with Dwight by comparing test results with other carriers of his Y-chromosome or his mother's mitochondrial DNA. Y-chromosome DNA test-takers in his direct paternal line on WikiTree: It is likely that these autosomal DNA test-takers will share DNA with Dwight: 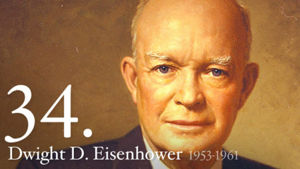 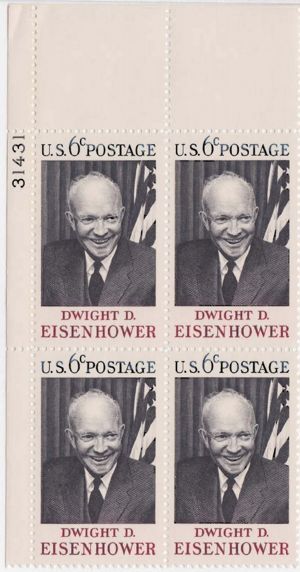 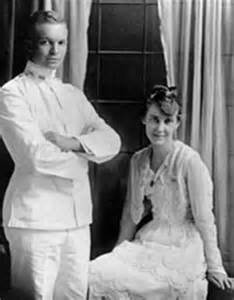 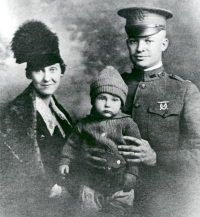 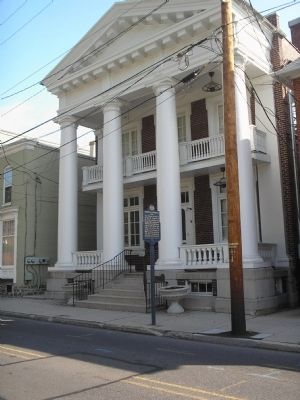 Leave a message for others who see this profile.
There are no comments yet.
Login to post a comment.
Gil Davis
please consider adding "He was inducted into the World Golf Hall of Fame in 2009."
posted Feb 20, 2019 by Gil Davis

Ken Wise
My Grandmother's Brother, Chester McKinley Shaffer was his chauffeur in Pearl Harbor, when President Eisenhower was a General. Ironically, their families grew up near each other in several different counties of PA in several different generations and then branches of our family even wound up in Kansas, near the Eisenhowers. All completely by chance. I'm sure that they or their families never knew each other before that.

- Proud to be PA German.

George Stradtman Jr.
Major thanks to all who corrected my early entry errors and added so much. Now that struggles against seemingly unending winter storms are past, I should be more of a contributor and less of a genealogical thorn in others' sides!
posted Apr 27, 2014 by George Stradtman Jr.

Maggie N.
Please open this profile to PUBLIC (green circle) as he is a President .

M. (Stewart) H.
President Dwight Eisenhower had two sons. There was aDavid Eisenhower, but he was a grandson. Why do you have him listed as a son and why is he unlisted?
posted Feb 21, 2014 by M. (Stewart) H.