Frank’s name appears on the Roll of Honour at the Australian War Memorial in Canberra.[3] 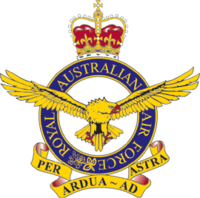