Andrew Ellicott was born as the first of nine children. The Quaker family lived in modest conditions; his father was a miller and clockmaker.

He married Sarah Brown and had at least the following children:[2]

In 1770, his father, together with his uncles Andrew and John, purchased land on the Patapsco River and set up a new milling business there, founding the town of Ellicott's Mills in 1772. Three years later, Andrew married Sarah Brown (1756/8 – 1827) of Newtown, Pennsylvania, with whom he would have ten children, one of which died as a child.

On 10 Apr 1799, along with a Spanish survey crew, he placed a stone marker at the 31st parallel in present day Mobile County, Alabama, marking the US/Spanish border.

Ellicott and his survey crew encountered many obstacles, including rough terrain, dissident laborers, nearly impenetrable swamps, and Indian attacks. Using homemade surveying instruments and the stars for guidance, he was able to place the stone just 500 feet south of the true 31st parallel.[3][4][5][6]

The following is information taken from Carolyn Whitakers biography of Andrew Ellicott, found on findagrave.com URL at: findagrave.com

Andrew Ellicott, was a U. S. Surveyor, teacher, astronomer, Quaker, mathematician, and Land Agent. Born 24 January 1754 in Bucks County, Pennsylvania, the first of nine children of a Quaker family, he was educated in a local Quaker school by Robert Patterson. He served during the revolution as a commissioned officer in the Elk Ridge Battalion of the Maryland militia and rose to rank of major.

In 1784, he was a member of the survey group with extending the survey of the Mason-Dixon line.

In 1785, he moved to Baltimore where he taught mathematics at the Academy of Baltimore.

In 1786, he was elected to the legislature. That same year he surveyed the western border of Pennsylvania known as the "Ellicott Line", which later became the principal meridian for the Northwest Territory.

He was appointed by George Washington to survey the lands between Lake Erie and Pennsylvania to determine the border between Western New York and the U. S. Territory resulting in the Erie Triangle.

In 1791, he surveyed for George Washington the future federal city of Washington, D. C.

In 1794, he was commissioned to plan the City of Erie, Pennsylvania where he spent 2 years building that city.

Under military escort in 1796, he again was commissioned by George Washington to survey the border between the Spanish territories in Florida running the disputed line of the north latitude 31 degrees, which still defines the border between Alabama and Florida. One of his markers for the boundary line survives to this day and bears his name, Ellicott's Stone.

In 1803, he published his "Journal of Andrew Ellicott" detailing the Florida survey and his maps. He took a position offered to him by Pennsylvania governor, Thomas McKean, to serve as Secretary of the Pennsylvania Land Office, but in 1809 was fired by Simon Snyder due to political differences probably due to his denunciation of General James Wilkinson, whom he had disputes with during his tenor in Mississippi.

In 1803, he was engaged by Thomas Jefferson as mentor and teacher to Meriwether Lewis of the Lewis and Clark expedition.

In 1811, he was commissioned by the governor of Georgia, David Mitchell, to re-survey the border between Georgia and North Carolina over their land disputes.

In 1813, he accepted a position as professor of mathematics at the military academy at West Point, New York.

He again was called in 1817 to participate as astronomer for the survey to establish the western border between Canada and the U. S. to run along the 45 degree North latitude, which was the most significant of his work. He is noted for his expert use of instruments, and the accuracy of his calculations, which were the result of his observations.

The geography of our country, in particular, is indebted to him for many interesting details, and descriptions of its unfrequented parts, as well as for the most accurate adjustment of the relative situation of particular places.

He is the brother of Joseph Ellicott, whom he trained, and is noted with the founding of Batavia and Buffalo, New York and was surveyor for the Holland Land Company.

He was also the brother of Congressman Benjamin Ellicott.

Andrew Ellicott was a U.S. surveyor who helped map many of the territories west of the Appalachians, surveyed the boundaries of the District of Columbia, continued and completed Pierre (Peter) Charles L'Enfant's work on the plan for Washington, D.C., and served as a teacher in survey methods for Meriwether Lewis.

ask our community of genealogists a question.
Sponsored Search by Ancestry.com
DNA Connections
It may be possible to confirm family relationships with Andrew by comparing test results with other carriers of his Y-chromosome or his mother's mitochondrial DNA. However, there are no known yDNA or mtDNA test-takers in his direct paternal or maternal line. It is likely that these autosomal DNA test-takers will share some percentage (beta) of DNA with Andrew: 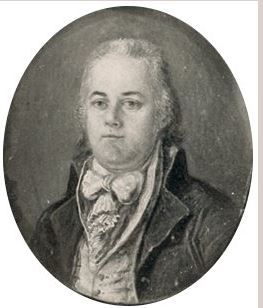 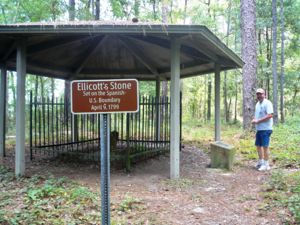 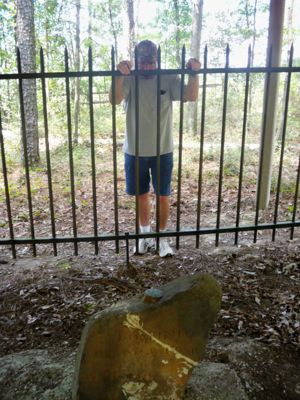 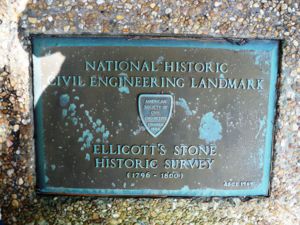 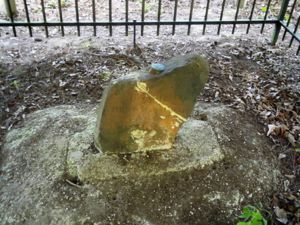