Francis Wayles Eppes spent much of his life in Florida.

At least 3 of his children were buried at Monticello.

Learn More at the Jefferson Library »

Francis Wayles Eppes (September 20, 1801 - 1881) was the only surviving child of Jefferson's daughter Maria Jefferson Eppes and his wife's nephew John Wayles Eppes. Thomas Jefferson had taken the oath of office as the third president on March 4, 1801. In spite of the demands of the office, he took a keen interest in Francis, and the two of them became very devoted to each other. Maria died in 1804 and John was serving in the Congress, so Jefferson became actively involved in Francis' life.

Eppes spent much of his time at Monticello, where Jefferson sought to inspire in him a love of learning. Eppes was educated at various private schools, including New London Academy near Poplar Forest, Georgetown College (later Georgetown University), and South Carolina College (later the University of South Carolina). He began to read law but was never admitted to the bar. Francis returned to Virginia because his father had experienced financial difficulties and the young man had fallen in love. Jefferson turned over his Poplar Forest plantation to Eppes at the time of the latter's marriage in 1822 to Mary Elizabeth Cleland Randolph,[1] the daughter of Thomas Eston Randolph, and he promised to bequeath the estate to his grandson. On learning of the magnitude of Jefferson's financial difficulties, Eppes offered to return the property, but was refused. By 1823, John Wayles Eppes died and on July 4, 1826, Thomas Jefferson passed away. His ties to Virginia were broken, so he joined the migration to Florida. In 1828 Eppes sold Poplar Forest and moved his family to Florida.

In 1827, Francis settled on land that was about 12 miles northeast of Tallahassee. He named his plantation L'Eau Noir (Black Water), constructed a log house, and became a successful planter. Francis soon became involved in the affairs of the community. In 1829, he became one of the founders of St. John's Episcopal Church (located at 211 North Monroe Street), where he served as a vestryman. He contributed $500 to a fund to finance the construction of a church building. He was a delegate to the convention when the Episcopal Diocese of Florida was founded in 1838 and served as the secretary of the Diocese for many years.

In 1833, Governor William P. DuVal selected Francis as a justice of the peace. He served in the office for six years, striving to bring order to the wild frontier territory. Francis' wife died in 1835 after the death of their sixth child. Francis sold L'Eau Noir and bought a plantation on Lake Lafayette. He also built a house at what is now the southwest corner of North Monroe and Brevard streets in Tallahassee. In 1837, he married Susan Margaret Ware Crouch, the daughter of a prominent Georgian. Francis had become a distinguished citizen of the community due to his dedication to public service.

In 1841, Francis became intendant (mayor) of Tallahassee and served in the office for four consecutive one-year terms. (He served as intendant in 1856, 1857, and 1866, also.) Francis and the town council set about combating crime in the community. They passed ordinances to establish peace and civility and organized a night watch to patrol the streets and enforce the laws. They also set fines and jail sentences to punish the perpetrators.

A yellow fever epidemic swept through the town in 1841 and many people died. Francis re-established the boundaries of the city cemetery (the Old City Cemetery on West Park Avenue) and set up rules for its operation. At the end of his second term in office, a grateful citizenry presented a silver pitcher to Francis. On one side of it the inscription reads: "F. Eppes, Esq. Intendant of Tallahassee 1841 & 1842." On the opposite side the inscription reads: "A token of regard from his fellow citizens for his untiring and successful service in the promotion of virtue and good order." The pitcher is on display at the Brokaw-McDougall House in Tallahassee.

Francis continued his public service. He served as the foreman of the grand jury during its 1842 term. In 1843, a fire swept through the downtown business district and destroyed many of the buildings, which were primarily wooden shacks. Eppes and the council adopted an ordinance requiring that in the future all new buildings must be of masonry construction.

Nowhere is President Jefferson's influence on Francis more apparent than in his determination to found an institution of higher learning in Tallahassee. In April 1836 he and his father-in-law, Thomas Eston Randolph, were among a group of men who petitioned the Congress for the establishment of a seminary in the area. The petition failed but Francis was undaunted. Later he would appeal to the Florida Legislature. In 1851, the Legislature passed an act authorizing the establishment of two institutions in the state, one east and one west of the Suwanee River.

In 1854, a proposal to locate the western school in the City of Tallahassee was presented to the Legislature and failed to pass. When the Legislature convened in 1856, Francis, as the intendant of the town, presented another proposal. He offered a new building, ten thousand dollars in cash, and an annual endowment of two thousand dollars a year to the school. This time the legislature passed the act for the western school to be in Tallahassee. Governor James Emilius Broome approved it on January 1, 1857. This marked the founding of the predecessor of the Florida State University.

The Legislature authorized the appointment of a Board of Education, with broad powers, to administer the Seminary. The Board consisted of five members, three appointed by the Governor and two ex-officio members. Governor Broome appointed Francis to the Board. He served as a member for eleven years, eight of them as president. The Board exercised control over the Seminary's finances and the care of its property. Also it was responsible for selecting the teachers, setting their salaries, and defining their duties. The West Florida Seminary experienced great difficulties. It survived the Civil War, the Reconstruction Era, serious financial problems, and many other crises. Still, it survived due in part to the persistence, dedication, and determination of Francis Eppes, so that a small school became a great institution, the Florida State University.

In 1869, Francis sold his Leon County property and moved to Orange County, near present-day Orlando to become a citrus farmer. Although he was in his sixties, the pioneer continued to be a leader. He organized the scattered Episcopalians in the area and held services in his home, often acting as lay reader. This small group of people formed the foundation for the Cathedral Church of St. Luke in Orlando. In the narthex of the Cathedral is a stained glass window dedicated to Francis Eppes. In his book, Dean William G. Dodd (for whom Dodd Hall is named) wrote about Francis and summarized the saga of his life in Florida in these words: "Through the 40's, 50's, and 60's there were few civic, religious, or educational affairs in which he did not have a prominent part."[2] Francis died on May 30, 1881, is buried in Greenwood Cemetery in Orlando, Florida.

ask our community of genealogists a question.
Sponsored Search by Ancestry.com
DNA Connections
It may be possible to confirm family relationships with Francis by comparing test results with other carriers of his Y-chromosome or his mother's mitochondrial DNA. However, there are no known yDNA test-takers in his direct paternal line. Mitochondrial DNA test-takers in the direct maternal line: 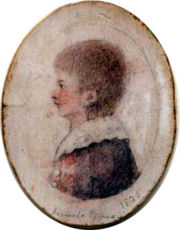 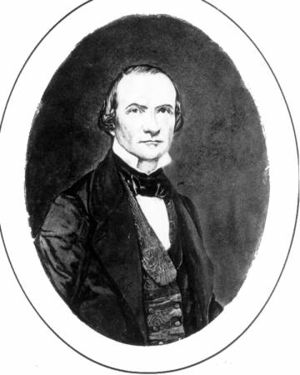 Robin Lee
Good catch, it was something that has been there from the very beginning....no one ever questioned it....I have removed it, as there is nothing that indicates this suffix.
posted Apr 30, 2022 by Robin Lee