In his hometown of Manchester, Maryland, Dr. David G. Everhart first set up his dental practice after graduating from the best dental colleges in Maryland and Pennsylvania. It was 1911 and he had the latest academic knowledge on dental procedures but he also learned how to make a patient feel at relieved in his chair. Talking to his patients and putting them at ease was his first obligation, long before any actual dental work could be performed. He quickly gained a reputation as a nearly painless dentist and his practice grew.

Within a few years he moved his family and practice to the larger town of Frederick, Maryland, just north of Washington, D. C. and there again earned the confidence and trust of the citizens of Frederick. By December 1918, he was working with other local dentists to establish the Frederick County Dental Society for the promotion of dental health in the community and to provide continuing education for all the dentists in the region.

Dr. Everhart had a mild manner and a gentle touch with every patient, young and old alike. Many patients came from the far ends of the county or neighboring counties just to be handled by Everhart, even when there were 2 or 3 other dentists closer.

Throughout the 1920s and 1930s, he still continued his scholastic studies on the latest dental techniques, especially with the use of x-rays. Such early use of x-rays unfortunately even cost Dr. Everhart the use of one of his fingers due to overexposure.

In the mid-1930s his son, Dr. David G. Everhart, Jr., set up his own dental practice in Frederick, following his father’s soothing methods. The two Everharts were very popular dentists in town and in surrounding communities.

Dr. Everhart Sr. died in December 1944 but his son continued practicing dentistry in Frederick until his retirement in 1975. The citizens of Frederick were well served for over fifty years by the Everhart family, a family whose direct lineage dated back over 200 years. 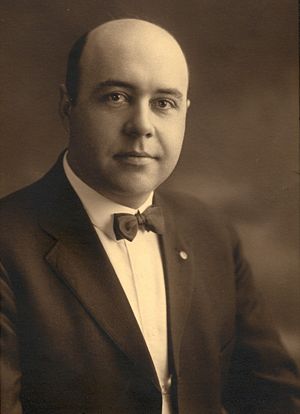 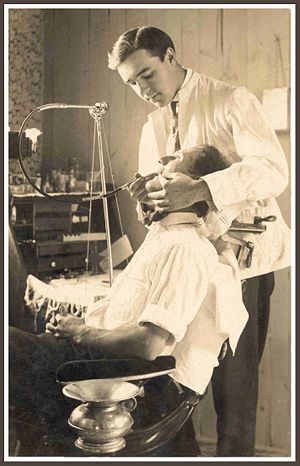