1529 On November 4, Edward Stoughton settled an annuity on his wife Mary. The trustees were Mary's brother Thomas and her cousin Walter Hendley. "Edward Stowghton of Dartford in Kent, gent, to Walter Hendle, gent and Thomas Exherst, gent, in trust for ES and his wife Mary for her life. An annuity of £8 charged on his messuages and lands in Dartford, Sandwich, Deptford, Wryttyll Mershe and Kidbroke, Kent.[1]

Mary Exhurst married Edward Stoughton about 1536. The couple had three sons. A lawsuit initiated in 1556, brought by Walter Mayne against Edward Stoughton and his sons Francis and Thomas, confirms that Richard Exhurst was the father of Edward Stoughton’s wife, Mary Exhurst, who was the mother of Francis Stoughton. One of the documents in the suit asserts that Mary was the daughter of Richard’s second wife, Joan Roberts. The language of the lawsuit indicates that Mary was dead by 1556. She was probably buried in the churchyard of St. Nicholas’ Church in Sandwich, Kent.[2] 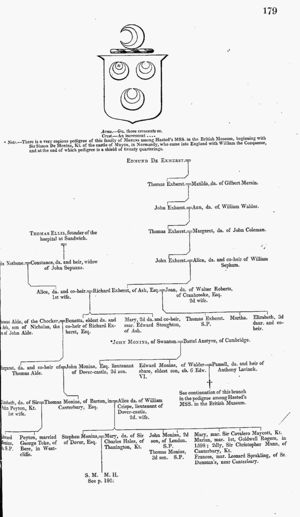 The Wilde arms in the 1633-35 Visitation of London 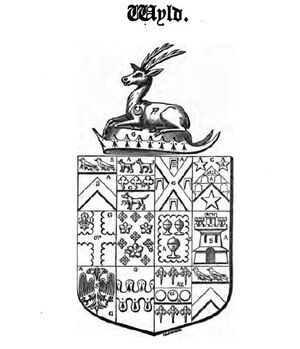 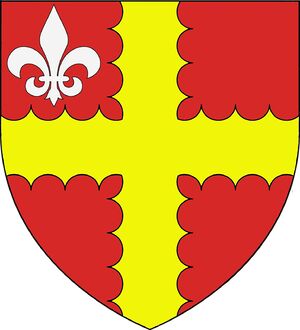