Gustav Faberge aka Farvis, Farber
Born May 1814 in Estonia

Gustav was born in 1814 in what was then Livonia ,it is now known as Estonia [[1]] The family was originally from La Bouteille located in northern France. Gustav's family had fled France [[2]] because of religion persecution at the end of the 17th Century because of revocation of The Edict of Nantes [[3]] [[4]] [[5]]

The Beginning of the House of Faberge

Gustav apprenticed with Andreas Ferdinand Spiegel in St Petersburg. Gustav also worked for Johann Wilhelm Keibel in the 1830s.In 1796 Gustav registered as a Master Joiner in Parnu as Peter Fabrier in 1796) and Peter Faberg in 1808.

Gustav registered the name of Faberge in 1826.

Gustav qualified as a master in 1841. In 1842 he opened the jewelery House of Fabergé in Saint Petersburg[[6]] [[7]]Gustav also got married to Charlotte Maria Fabergé born Jungstedt, the daughter of a Danish artist and merchant.

Gustav hired Johann Alexander Gunst, Johann Eckhardt and starting in 1857 August Wilhelm Holmström. [1]Gustav Fabergé, together with his wife and son retired and moved to Dresden, leaving the business in the hands of Peter Hiskias Pending and V. A. Zaianchkovski. In Dresden they lived at Walpurgisstraße and Victoriastraße, a few minutes walk from the Castle that housed the famous jewelry collection Grünes Gewölbe with the important jewelry of Johann Melchior Dinglinger.

Is Gustav your ancestor? Please don't go away!

ask our community of genealogists a question.
Sponsored Search by Ancestry.com
DNA
No known carriers of Gustav's DNA have taken a DNA test. 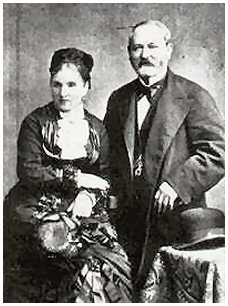 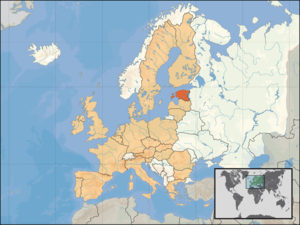