"When quite a young man, William Fairfax had ventured to sea and served in the British navy under a kinsman of his, a Captain Fairfax.

After settling in America, William Fairfax was twice married: firstly, in 1717, to Sarah Walker, whose father, Major Thomas Walker, was stationed at that time in the island of New Providence. Fourteen years later, Sarah Fairfax died at Salem, Massachusetts.

Several years prior to the time we are now considering, Lord Fairfax had heired, in right of his mother, the vast proprietary estate of Lord Colepeper in Virginia.

Lord Fairfax had never crossed the At- lantic, however, when, in 1732, the death occurred of Robert Carter who had long served as steward of the Northern Neck proprietary under Lord Colepeper. The death of Carter placed the new proprietor in an awkward quandary. His Lordship's sole knowledge of the vast domain he had inherited beyond the seas — and which at that time was practically a wilderness — was the vague inception which he had derived from his parchments. His grant embraced, specifically enough, the whole country inter- vening between the head-waters of the Rappahannock and the Potomac rivers, and the Chesapeake Bay. But where were those "head-waters" ? No surveyor had as yet even attempted to follow this inquiry, and, in the absence of any official definement of the proprietary limits, a large area was being granted away by the Crown in a region which Lord Fairfax insisted to be a part of his patented pos- sessions. Such was the new proprietor's plight when he wrote out from England to his Massa- chusetts kinsman, William Fairfax, and proposed to him to go to Virginia and under- take the management of his Northern Neck propriety. This offer was accepted, and William Fairfax moved forthwith to Virginia with his family, in 1733.

He first settled there upon a leased planta- tion in the county of King George. It was something in the nature of a problem at that time to obtain a cleared plantation in the wilds of Northern Virginia, because the Colepeper proprietary grant had retarded the development of that entire district.

Among the foremost of the pioneer planters then in the Northern Neck of Virginia were the Washingtons; and, of that family, there were several members residing in the counties along the Potomac.

One of these planters was Edward Wash- ington, and from him, William Fairfax, in x 739) purchased a cultivated plantation which, at that time, was recorded as in the county of Prince William. Three years thereafter, however, this portion was taken away from Prince William County to form a new county, and this new county was called — in honor of the new lord proprietor — Fairfax.

Nearby, and in sight of this Edward Washington plantation, was the "Hunting Creek" plantation of Augustine Washington — father of our immortal George. And that which was then known as "The Hunting Creek Plantation" is to-day the world-famed — if not the world-revered — Mount Vernon. It was just at this time — 1739 — that Lord Fairfax crossed the Atlantic for the first time, to institute a survey, under Crown authority, for the establishment of the boundary limits of his proprietary. While on this visit it appears that plans were ar- ranged for the erection upon William Fair- fax's plantation of a substantial house to serve, not alone as a residence, but as well for a place of security for the custody of the records of the Northern Neck proprietary. This house was the "Land Office " and, as shown elsewhere, was called Belvoir.

In 1 741, William Fairfax was elected a member of the House of Burgesses. He retained the management of the Northern Neck estate until his death, in 1757. From both his marriages, William Fairfax left children. By Sarah Walker there issued two sons: George William, who married Sarah Cary, daughter of Col. Wilson Cary; and Thomas, who died unmarried. There were also two daughters: Ann, who married Lawrence Washington; and Sarah, who married Major John Carlyle." from "An Historic Sketch of Two Fairfax Families of Virginia," 1913, https://archive.org/stream/historicsketchof00cart/historicsketchof00cart_djvu.txt

William was educated at Lowther School, under the auspices of Lord Lonsdale. During the War of Spaniard Succession he served in the navy under Sir John Jennings and participated in the expedition against the island of Providence in the Bahamas. In 1712, he was back in London borrowing money from his mother preparing to enter colonial service. His first post was with John Company in India. During his stay India he married and in 1717 returned with his wife to London. He wrote in January of that year that his sister had come to visit his wife. Before his departure in April 1718, he wrote his mother that he was leaving his wife in England “where she was indeed a stranger.” Travelling to the Bahamas with Captain Woodes Rogers, the first royal governor of the islands, Fairfax was by 1724 acting as president of the court at Nassau. There he also served as secretary of state and acting governor. There also he married Sarah, daughter of Major Thomas Walker, on March 27, 1724; and in 1725 and 1726 his sons George, William and Thomas were born. His daughters Anne (who married Lawrence Washington) and Sarah (who married John Carlyle of Alexandria) were born in Salem, Massachusetts, at which place in 1729 William was appointed Collector of Customs. In January 1731, two years after they had come to Salem, Williams’ wife died. Christopher Gale, who was visiting in Salem, took six-year-old George William, the eldest child, back with him to relatives in England. William wrote them asking “indulgence (for) a poor West India boy.” In compliance with his wife’s dying wish, William was soon remarried to her friend Deborah Clarke of Salem. Deborah was painted by Simbert; her portrait hangs today at the Essex Institute. Fairfax had established the Proprietor’s Land Office at his plantation, Belvoir in what was then Prince William County. That year he was a justice of the Prince William court and a member of the Virginia Assembly. Belvoir was a plantation on the neck of land between Dogue Creek and Accotink Creek, now included within the military post which bears its name. The only surviving description of the house is an advertisement from the Pennsylvania Gazette which appeared in October 1774, after the family had returned to England. ‘To be rented from year to year or for a term of years, Belvoir, the beautiful seat of the Hon. George William Fairfax, Esq., on the Potowmack in Fairfax County, Virginia. The mansion is of brick two stories high with four convenient rooms and a central passage on the lower floor, five rooms and a large passage on the second. Servants’ hall and cellar below. Convenient to it are offices stables and coachouse; adjacent is a well-furnished garden stored with a great variety of fruits, all in good order. Appertaining to the tract on which the house now stands and which contains 20000 acres of land are several valuable fisheries and a good deal of cleared land. The terms may be known of Col. Washington, who lives near the premises.’ When in 1742 a new county was formed out of Prince William and named in honor of Lord Fairfax, William became the first county lieutenant and presiding justice of the county court. When Governor Dinwiddie took office; William Fairfax became President of the Council. They had already been associates in the affairs of the Ohio Company; now their relationship became even closer. When in September of 1753, William was in Winchester at a conference with the Indians, he acted as godfather to Chief Half-King’s son and named the child Dinwiddie. Perhaps the governor was returning to the compliment when in November he chose as messenger to the French on the Ohio the protege of Fairfax, 21 year old George Washington. To Governor Sharpe of Maryland, Dinwiddie wrote that he had sent ‘a person of distinction’ on this mission. To Washington, who was by now struggling with the Indians on the frontier, he found time to write reassuring letters. In late August of 1757, he fell ill. The family did not consider it serious for 6 days, but within a few hours, he was dead. On September 15th the Maryland Gazette reported: ‘On the second, died at his seat on Patowmack, greatly and justly regretted, the Honorable Col. William Fairfax, President of His Majesty’s Council, etc., in whom were happily united the amiable qualities of a polite Gentleman and a solid Christian.’” His will was dated 6 Feb 1755 in Fairfax County, VA. He, along with his second wife, Deborah, are buried at Fort Belvoir, where Belvoir Manor used to stand. 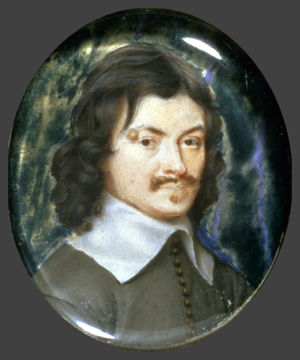 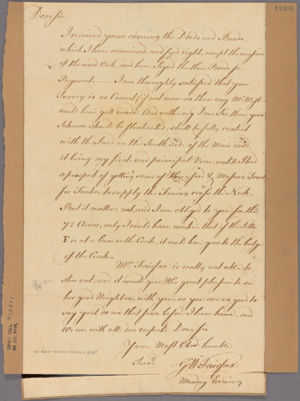 William is 14 degrees from Donald Howard, 12 degrees from Julia Howe and 9 degrees from Henry VIII of England on our single family tree. Login to find your connection.