He is primarily known for his novels and short stories set in the fictional Yoknapatawpha County, based on Lafayette County, Mississippi, where he spent most of his life.

In short, Faulkner is one of the most celebrated writers in American literature generally, and Southern literature specifically.

He grew up in Mississippi, and southern traditions heavily influenced his writing. His family, particularly his mother Maud, his maternal grandmother Lelia Butler, and Caroline "Callie" Barr (the black woman who raised him from infancy) crucially influenced the development of Faulkner's artistic imagination.

Both his mother and grandmother were avid readers and also painters and photographers, educating him in visual language. While Murry enjoyed the outdoors and encouraged his sons to hunt, track, and fish, Maud valued education and took pleasure in reading and going to church. She taught her sons to read before sending them to public school and exposed them to classics such as Charles Dickens and Grimms' Fairy Tales. Faulkner's lifelong education by Callie Barr is central to his novels' preoccupations with the politics of sexuality and race

Faulkner also spent much of his boyhood listening to stories told to him by his elders. These included war stories shared by the old men of Oxford and stories told by Barr of the Civil War, slavery, the Ku Klux Klan, and the Falkner family.

Faulkner's grandfather would also tell him of the exploits of William's great-grandfather, after whom he was named, William Clark Falkner, who was a successful businessman, writer, and Civil War hero. Telling stories about William Clark Falkner, whom the family called "Old Colonel," had already become something of a family pastime when Faulkner was a boy. According to one of Faulkner's biographers, by the time William was born, his great-grandfather had "been enshrined long since as a household deity."

In 1918, heartbroken that his high school sweetheart had married another, William left Mississippi, and visited friend in the north. He headed across the boarder into Canada and joined the Canadian Royal Air Force. He had been unable to join the United States Army due to his height (he was only 5' 5½"). WWI had just ended and he never saw combat.

He then moved to New Orleans, Louisiana, USA. Although he heavily identified his writing with his home state of Mississippi, it was here in 1925 that his first novel "Soldiers' Pay" was written and published.

The miniature house at 624 Pirate's Alley, just around the corner from St. Louis Cathedral in New Orleans, is now the premises of Faulkner House Books, where it also serves as the headquarters of the Pirate's Alley Faulkner Society.

During the summer of 1927, Faulkner wrote his first novel set in his fictional Yoknapatawpha County, entitled Flags in the Dust. He had felt that this novel was much better than his previous efforts. However, the publisher rejected it as written. Although devastated, William allowed his agent to heavily edit the book and it was finally published in 1928 as "Sartoris".

In the autumn of 1928, just after his 31st birthday, he began working on "The Sound and the Fury". After its completion, Faulkner this time insisted that his agent Ben Wasson not do any editing or add any punctuation for clarity. It was published as was. This started his career long disregard of publishers demands and wants.

He returned to Mississippi and married Estelle Oldham 20 June 1929.

As a teenager in Oxford, Faulkner had dated Estelle Oldham, the popular daughter of Major Lemuel and Lida Oldham, and believed he would some day marry her. He was a little too late on the asking, and Estelle was proposed to by Cornell Franklin. Her parents pushed her to marry him as he was a respectable lawyer. When her marriage failed 10 years later, William was ready, and wasted no time in proposing, and they were married two months after her divorce.

Faulkner is known to have had several extramarital affairs. One was with Howard Hawks's secretary and script girl, Meta Carpenter, later known as Meta Wilde. The affair was chronicled in her book A Loving Gentleman.

Another, from 1949 to 1953, was with a young writer, Joan Williams, who made her relationship with Faulkner the subject of her 1971 novel, The Wintering.

When Faulkner visited Stockholm in December 1950 to receive the Nobel Prize, he met Else Jonsson (1912–96) and they had an affair that lasted until the end of 1953.

On 6 Jul 1962, William died of a thrombosis-related heart attack, aged 64, at Wright's Sanatorium in Byhalia, Mississippi.

We will probably never know exactly how the change came about. Some say that it was a way to become "independent" from his great grandfather William Clark Falkner, himself a celebrated writer.

It has also been written that In 1918, Faulkner himself made the change to his surname from the original "Falkner." However, according to one story, a careless typesetter simply made an error. When the misprint appeared on the title page of his first book, Faulkner was asked whether he wanted the change. He supposedly replied, "Either way suits me."

We will probably never know exactly how the change came about. 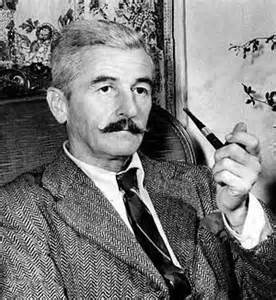 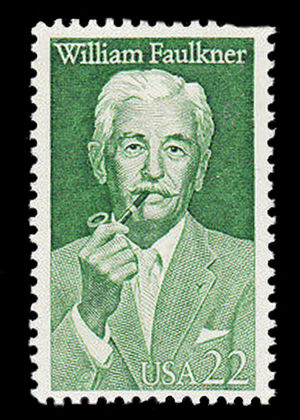 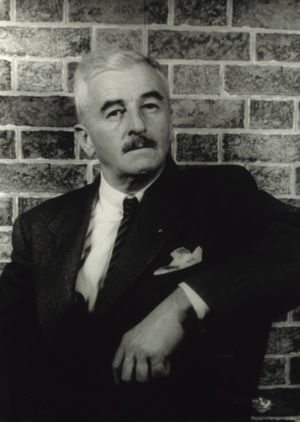 Bob Fields
Falkner-75 and Falkner-23 appear to represent the same person because: Same birth and death dates and locations, same parents (which also need to be merged). Falkner-75 has the details/sources for the famous author.
posted Sep 25, 2016 by Bob Fields

William is 19 degrees from Laurie Giffin, 31 degrees from Toni Morrison and 18 degrees from Henry VIII of England on our single family tree. Login to find your connection.