In some censuses she is called "Eliza C.", but in others, "Eliza P." We also find the French "Élise", and a garbled "Elisy" (1870), which clearly comes from mishearing "Elise C." The English "Eliza" and the French "Elize" are both shortened forms of the name "Elizabeth". The French name "Pélagie", rendered in various ways by the census takers, is ultimately from the Greek Πελάγιος, "Marine" (pertaining to the sea). She was named after her paternal grandmother, Elizabeth Pelagie Ainse Faribault.

She had the following children, all with Charles A. Manaige:

1925, 1928 — she appears to have been living apart from her husband with her daughter Grace and son Melvin on the Mdewakanton Sioux reservation at Pipestone, Minnesota. (censuses)

1930 — she reunited with her husband Charles Manaige in Shakopee, Minnesota. (census)

She died on 1 Dec 1937, probably in Shakopee, and is buried in the Valley Cemetery, Shakopee, Scott County, Minnesota. (Find a Grave)

Is Eliza your ancestor? Please don't go away!

ask our community of genealogists a question.
Sponsored Search by Ancestry.com
DNA Connections
It may be possible to confirm family relationships with Eliza by comparing test results with other carriers of her mitochondrial DNA. However, there are no known mtDNA test-takers in her direct maternal line. It is likely that these autosomal DNA test-takers will share some percentage of DNA with Eliza: 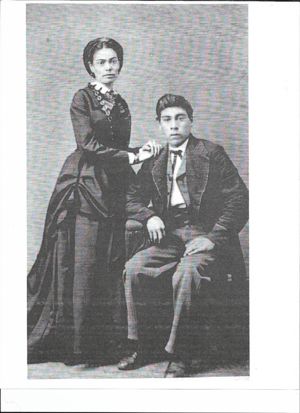 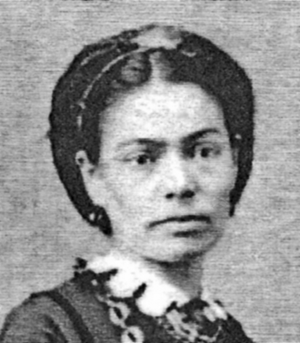 Richard Dieterle
Faribault-40 and Faribault-23 appear to represent the same person because: I hope you both will approve of my making the merge. There will be no loss of data.
posted Nov 17, 2020 by Richard Dieterle

Sue Otness
Eliza C. "Pélagie" Manaige formerly Faribault was the wife of Charles Augustus Manaige. There were two Charles A. Manaiges - Son of Peter Manaige and brother of Peter Manaige. Eliza was definitely the daughter-in-law of Peter and Angelique.
posted on Faribault-40 (merged) Nov 17, 2020 by Sue Otness