Thomas Richard Farrell was born in Wellington on 30 December 1926, the son of Ella McCleary and her husband, Thomas James Farrell, an advertising agent. Richard showed signs of musical prowess at the age of two and made his first radio broadcast when he was four. He had formal piano lessons from age six with Florence Fitzgerald. As a result he began to compose and at seven played his own composition (a lament on the death of Archbishop Francis Redwood) with the Wellington Symphony Orchestra in a public concert. From then he was a concert pianist, first as a child prodigy, known affectionately as Junior Farrell, and later as an internationally acclaimed concert artist.

When he was nine Richard began to study with Gordon Short, who corrected his technical faults and greatly expanded his repertoire. Short spent part of every year teaching at the New South Wales State Conservatorium of Music in Sydney and advised the Farrells to send Richard there for study. Ella Farrell took Richard and a younger son to Sydney, leaving her husband and their other son in New Zealand.

Farrell entered the conservatorium at 16 as an advanced student of Alexander Sverjensky. The tenor Richard Tauber, visiting Australia, heard Farrell and offered him a European tour, but the Second World War prevented him from accepting. In 1945 he was heard by Eugene Ormandy, the conductor of the Philadelphia Orchestra, who recognised the young man’s great gifts and invited him to come to America when he was ready. Farrell’s talent was also singled out the next year by the young American pianist William Kapell. On Kapell’s recommendation Farrell was given a full scholarship to study piano at the Juilliard School of Music in New York with Olga Samaroff, wife of the conductor Leopold Stokowski. Farrell was so successful at the Juilliard that he attracted the notice of Aaron Copland and became closely identified with that composer’s piano sonata. After only two years with Samaroff, and largely due to her influence, Farrell became a touring artist of the Judson, O’Neill and Judd agency (Columbia Artists Management), for whom he gave over 60 recitals a year.

He returned to tour New Zealand in 1948 and played recitals and concerts with the various regional orchestras. In October that year he played a début solo recital in Manhattan’s Carnegie Hall, about which the New York Times critic said, ‘Richard Farrell will go places’. On 2 December 1950 he made a highly praised début as soloist with the New York Philharmonic, playing Grieg’s piano concerto with Dimitri Mitropoulos conducting. ‘From his ringing opening chords – massive in volume and yet fine in tone – it was clear that the young pianist had mastery of the piano keyboard,’ said the New York Times on that occasion.

Farrell chose to make his home in London in 1951 and his European career began to assume greater importance than his American one. He became the protégé of Princess Marie Louise, the grand-daughter of Queen Victoria. He often played with the London String Quartet and with various solo artists, among them the cellist Paul Grümmer. His fame steadily grew; he continued to play solo recitals as well as appearing with the major British orchestras and recording. He was among the first pianists to play in the newly built Royal Festival Hall, appearing there or in the Royal Albert Hall with the Royal Philharmonic Orchestra, the London Philharmonic, the Philharmonia, the Hallé (with whom he recorded two concertos) and other orchestras. He worked with influential conductors, including Sir Thomas Beecham, Sir Malcolm Sargent and Sir John Barbirolli, who all professed admiration for his stunning musicality and faultless technique.

Farrell’s recital repertoire spanned three centuries, and he played concertos by Mozart and Beethoven as well as by Rachmaninoff, Balakirev, Tchaikovsky, Grieg, Liszt and Ravel. He was frequently brought to Australia and New Zealand between 1951 and 1956. In Dunedin in 1954 he was singled out to perform before Queen Elizabeth II on her first visit to New Zealand as sovereign.

During his final extensive tour of New Zealand in 1956, under the auspices of the New Zealand Broadcasting Service, he played many recitals and appeared with the National Orchestra. By then he had settled in Zurich, Switzerland, and was concentrating on playing chamber music and preparing for a career as a conductor. A key factor behind the move was his meeting with the cellist Pablo Casals, with whom he played chamber music in Zermatt in 1955. He formed the Richard Farrell Piano Quartet with the violinist Brenton Langbein, the violist Eduard Melkus and the cellist Ottomar Borwitzky. They gave three seasons of concerts throughout Europe, playing the chamber music of Brahms, Schubert and Schumann to high praise from the critics.

Richard Farrell never married. A tall, handsome man, always immaculately groomed, he was known for his personal charm. His tragic death in a car accident near Houghton, Sussex, on 27 May 1958, just five months into his 32nd year, shocked the musical world. His tours of the United States, Europe, India and Australasia had won him admirers among his fellow artists and the public. He was buried in London. Tributes from conductors Walter Susskind, John Hopkins and James Robertson joined eulogies from New Zealand colleagues in a special broadcast on the YA radio stations the day after the accident. It is generally agreed that, had he lived, Richard Farrell would have become one of the world’s most esteemed musicians. His recorded legacy supports this assertion. Richard Farrell Avenue in Auckland is named for him.[1]

ask our community of genealogists a question.
Sponsored Search by Ancestry.com
DNA Connections
It may be possible to confirm family relationships with Richard by comparing test results with other carriers of his ancestors' Y-chromosome or mitochondrial DNA. However, there are no known yDNA or mtDNA test-takers in his direct paternal or maternal line. It is likely that these autosomal DNA test-takers will share DNA with Richard: 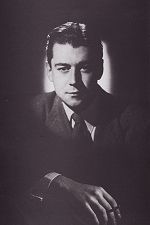 Richard is 27 degrees from Peter Roberts, 20 degrees from Emma Smith and 16 degrees from Henry VIII of England on our single family tree. Login to find your connection.